Elsewhere, Ghazzali gives this telling description of ta'assub. He writes that it "usually comes together with man’s disregard of his neighbor, and of his opinions, and the taking root in his heart of certain ideas which become so much a part of him that he fails to distinguish between right and wrong." What results, on the contrary, from an apprehension of the deeper implications of tawhid is a heightened, spiritual discernment: that is, not just a moral judgment between right and wrong, but also a presentiment both of one's own nothingness before the Divine reality, and also of the innate holiness, the Divine "face", within the neighbor. The transcendent, divine reality before which one is extinguished is known to be mysterious present within the “other”. One observes here the spiritual underpinning of that crucial relationship, so often stressed in Sufi ethics, between humility and generosity, between self-effacement and self-giving; the first being a kind of fana' in moral mode, and the second being a moral application of tawhid. Respect for one's neighbor is thus deepened in the very measure that one is aware of the Divine presence, which is at once within and beyond oneself, and within and beyond the neighbor. Herein, one might say, resides one of the spiritual foundations of adah, or "courtesy", understanding by this word the profound respect, if not reverence, for the "other" that constitutes the true substance of all outward, socially conditioned forms of etiquette, good manners, and propriety towards the neighbor. One sees that it is not so much "religious pluralism" as "metaphysical unity" that establishes a deep-rooted and far-reaching tolerance, one which is not only formulated as a rule, to be obeyed or broken as one will, but which is organically related to an awareness of the Divine presence in all things, an apprehension of the inner holiness of all that exists.

In this second part of the paper we would like to being by stressing one aspect of the meaning of the word "Islam", its literal meaning, that of submission, and to show how, from a Sufi perspective on the Quran, this meaning is tied to a conception of the essence of religion, or to "religion as such", which takes precedence over such and such a religion.

According to one of the most highly regarded translators of the Quran, Muhammad Asad, the word "Islam" would have been understood by the hearer of the word at the time of the revelation of the Quran in terms of its universal, and not communal, meaning. In a note on the first use of the word Muslim in the chronological order of the revelation (68:35), he writes: throughout this work, I have translated the terms Muslim and Islam in accordance with their original connotations, namely, "one who surrenders (or "has surrendered") himself to God" and "man's self-surrender to God" ... It should be borne in mind that the "institutionalized" use of these terms-that is, their exclusive application to the followers of the Prophet Muhammad (s) - represents a definitely post - Qur'anic development and, hence, must be avoided in a translation of the Qur'an.

He asserts that when the Prophet's contemporaries heard the words Islam and Muslim, they would have understood them in this original sense, "without limiting these terms to any specific community or denomination." This meaning emerges clearly from many verses containing the words Muslim and Islam. In the following verse, the principle of universal submission is equated with the religion of God:

Seek they other than religion of God (din Allah), when unto Him submitted whosoever is in the heavens and the earth, willingly or unwillingly? And unto Him they will be returned (3:83)

Kashani helps to situate with the utmost clarity the nature of this religion of God. He does so in his esoteric exegesis on two set of verses. First, in relation to a verse which declares that the religion bestowed upon the Prophet Muhammad was the very same religion which was bestowed upon his predecessors?

He hath ordained for you of the religion, [that is] the absolute religion (al-din al mutlaq), which God charged all the prophets to establish, and to be unanimous, not divided, with regard to it. This is the principle and root of religion (asl-al-din), that is, tawhid, justice, and knowledge of the Resurrection, as expressed by (the phrase) "faith in God and the last Day." This is other than the details of the revealed Laws, by which they (the prophets) differentiate this (root of religion); this differentiation occurs in accordance with what is most beneficial in (the different situations) - such as the prescription of acts of obedience, worship and social intercourse. As God Most High says, "For each We have appointed from you a Law and a Way" (5:48).

The difference between the "absolute" or unconditional religion (al-din al-mutlaq) and the different forms this unique essence may take is then described by Kashani in terms of permanence and immutability. He continues: "So the right religion (al-din-al-qayyim) is tied to that which is immutable within knowledge and action; while the revealed Law is tied to that which alters in respect of rules and conditions." The nature of this unchanging religion, together with its essential connection wit the primordial nature of the human soul, the fitrah, is expounded by Kashani in an illuminating commentary on the following crucial verse:

So set thy purpose for religion as one with pure devotion - the nature [framed] of God, according to which He hath created man. There is no altering God's creation. That is the religion (al-din al-qayyim), but most men know not (30:30).

So set thy purpose for the religion of tawhid and this is the path to the Real ... or religion in the absolute sense (al-din mutlaqan). That which is other than this is not "religion", because of its separation from the (way which leads to) attainment of the goal. The purpose (or "face", al-wajh, in the verse being commented on) refers to the existent essence, with all its  concomitants and accidental properties; and its being set for religion is its disengagement from all that which is other than the Real, its being  upright in tawhid, and stopping with the Real, without heeding its own soul or others, so that his way will be the  way of God; and his religion and his path will be the religion and path of God, for he sees nothing but Him in existence.

Then follows this comment on the primordial nature, the fitrah, fashion by God:

This is, they cleave to the fitrat Allah, which is the state in accordance with which the reality of humanity was created, eternal purity and disengagement, and this is the right religion (al-din al-qayyim) in eternity without beginning or end, never altering or being differentiated from that original purity, or from that intrinsic, primordial Tawhid 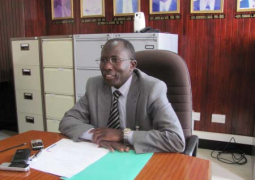 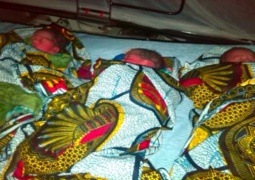