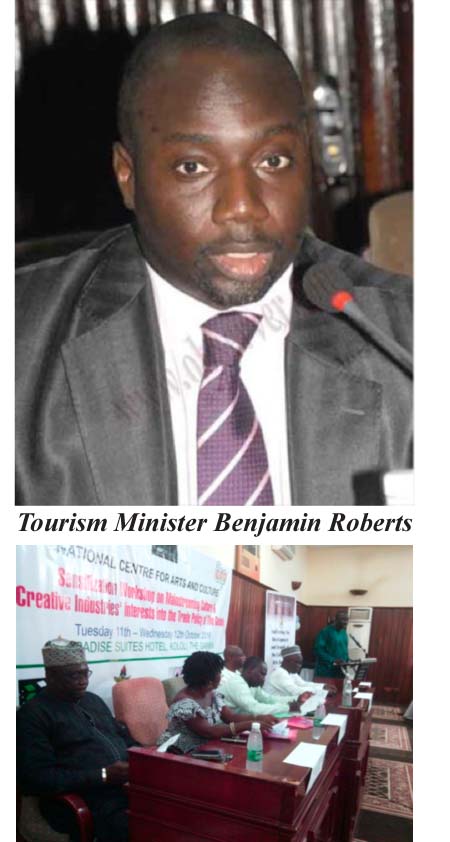 A two-day sub-regional workshop on mainstreaming culture and interest of creative industries into the Trade Policy of The Gambia was recently held at the Paradise Suites Hotel.

Delivering his keynote address, Benjamin Roberts, Minister of Tourism and Culture, said mainstreaming culture and interest of creative industries into the trade policy of The Gambia and other African countries is fundamental.

He thanked EU-ECOWAS Partnership for their support to development projects in Africa.

“I think this is what we need to do as a continent or as a sub-region,” he said, adding that there are regional bodies that have been created as far back as independence.

The Tourism minister added that the initiative is right and believes they are on the right path, while thanking the EU-ACP Partnership for their support.

Baba Ceesay, director-general of the National Centre for Arts and Culture (NCAC), in his welcome statement thanked the sub regional delegates for attending the workshop.

The workshop is all about facilitating the creativity for artists, he said, adding that coalition is a tool that could serve its members.

He said in this case, it is about mainstreaming the interest of the creative community in trade policy and negotiations to make them strong.

According to Mr Ceesay, the workshop is important to them, and the Ministry’s strategic plan and vision is to move the creative community of The Gambia to higher heights.

Also speaking at the workshop was Babatunde Obalana, FTA,   president National Association of Nigeria Theater Arts Practitioners (NANTAP), who said The Gambia is a beautiful place to stay, and culture is a way of life.

He added that the Americans and the British over the years have served democracy, and the Chinese have made it very successful in selling their goods to other parts of the world.

“We would also talk about the talents of our people and to showcase them to the world, and let people appreciate what we have as an Africans and as cultural experts who believe what we have.

“I believe that the forum is going to set the agenda so we need to challenge ourselves on what we are doing, as well as to ensure that our cultural policies are being propagated,” he added.

“We were created by God to create culture and we are identified by cultural beliefs. Cultural life is the way we do things, the way we analyse things, and without that we are nowhere,” he said.

God created man and man created culture through his daily activities, he added.

The first phase of the project involved a needs assessment study of the policy regulatory institutional framework, and capacity needs in enhancing and development of the culture and arts sector under the EU-ECOWAS Partnership Agreement; and the second phase of the project aims to bring together culture practitioners of ECOWAS and other ACP. 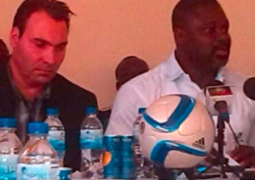