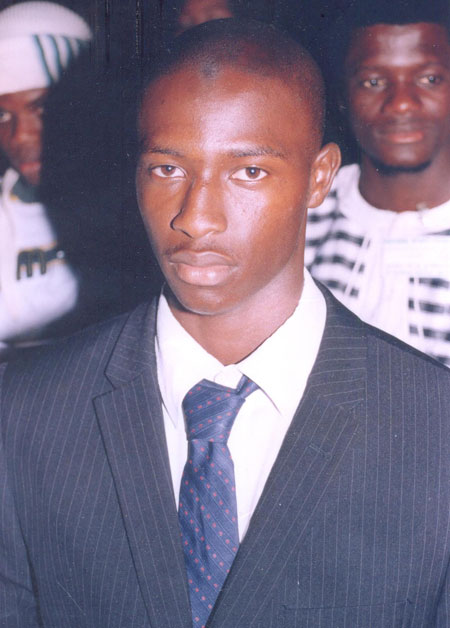 In what could be described as a successful organisation of the recently concluded tertiary football tournament, organised by the Gambia Students Union, the President of the Gambia Students Union, Ansumana Darboe who could not hide his satisfaction underscored the importance of the championship, given the fact that the ultimate objective in which the tournament was organised has been achieved.

In an exclusive interview with Pointsport shortly after the final at the Independence Stadium last Sunday, Mr. Darboe who played a pivotal role in the six-team championship, said the tournament is a step in the right direction. He said it accorded the students the opportunity to know each other, as he put it, the culture of interaction in the tertiary institutions has been promoted.

"The idea of coming up with this tertiary football tournament, is to encourage and promote sports at the Primary Schools, Junior and Senior Secondary Schools as part of our efforts to incorporate sports in our activities so that we can involve tertiary institutions in sports and football, in particular, since it is the most popular game in the country," Mr. Darboe highlighted.

For his part, the Director of Sports at the Gambia Students Union, Muhammed Nyan, said the main objective of the tournament is to bring students of the six participating schools together in order to strengthen the cordial relationship among them.

Mr. Nyan further seized the opportunity to commend Lieutnant General Lang Tombong Tamba for what he referred to as his valuable contribution towards the successful organisation of the championship.