In today's edition of bring it on! We narrate the story of an old man who has a strong distaste for education and leaves in abject poverty. This story shows you how some people bring misfortune and misery into their own lives unknowingly, and how they serve as an obstruction to their own children's education and success.

In the heart of the bustling serekunda market, sat a lanky man on a half-broken plastic chair with a top hat that made him look like a magician. His crossed legs openly revealed the rain boots he wore. In his mouth was a smoking pipe, momentarily he puffed the smoke out and it made rings as it went up in the air. As the seconds passed by, he removed the pipe from his mouth to tap the ashes out and when he did that, his jaws involuntarily moved, secretly revealing some missing teeth.

He wore a dirty overall, which had seen better days.

He squirmed uncomfortably from his seat, not because of the baking sun or from his bad seat, but from the horrible stench emanating from the Garbage truck just within arm's reach. He wasn't an affable man and as a result, he made few friends. His job made them even fewer. Years of experience at hauling garbage into the garbage vehicle made him not to flinch or look affected by the horrible stench like many of the shoppers or the market women around it.

That time of the year was the worse time of his job, it rained cats and dogs, and maggots and flies were never sort in supply where his job was concerned. He was responsible for supervising the market area, making sure that it was garbage free. This was his daily routine.

Ba Dembo was old-fashioned. He never wanted any of his children to go to school because he saw no sense in going to school. The thought of his first daughter made him to smile contently, Mariam was getting married two weeks later, she had followed his advice to the letter and that had done his heart good. Whenever she became the reason of discussion between him and his friends, Ba Dembo felt like the best Dad in the world. Mariam helped at home, and was always beside her mum, she was in every sense of the word the dutiful daughter.

His only worry was his second daughter, who was bent on having an education. Education he believed, was the white man's trick to get their children into their religion. He had even threatened to denounce her the very next time she mentions education to him.  All what that girl did was to linger around reading the white man's words on a white substance that makes rustling sounds whenever she turns its pages, he thought.

Little did he know that his distaste for education was the result of his poverty.

A fly flew around and landed on his nose. He swatted it with his right hand and missed.

He muttered something between clenched teeth about flies making nuisances of themselves.

Ba Dembo saw at the corner of his left eye a woman carrying some refuse. She came, greeted him and threw it in the already filled Garbage truck.

'Oh, how I wished that this wasn't the kind of job I do,' he said to himself. He had been rooted to that place since morning, seeing to it that the market women threw their refuse at the right place. His stomach roared and sang a tune he could dance from.

He yawned and stretched and a young girl selling potato leaves saw the funny picture he presented and couldn't help herself, but to give a low laugh. She counted her takings, gathered her goods and went on in search of a willing and potential customer.

After some few minutes, he stood up and took the long stick he always used when working.

He took it and poked the garbage. The sun was at its zenith, it was about time he drove the truck for the garbage to be thrown away.

He made a throaty sound in his mouth and spat on the ground. He then took the truck's key from his tattered trousers, jumped behind the steering wheel and ignited it, bringing it to life. It roared, revved and he honked the horn, the signal to the market women nearby to give way. He later took a right turn and drove away, leaving blinding and choking engine smoke on its trail. 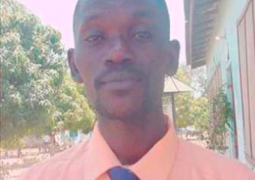 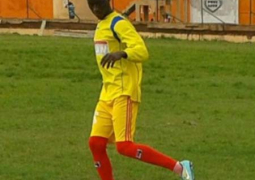