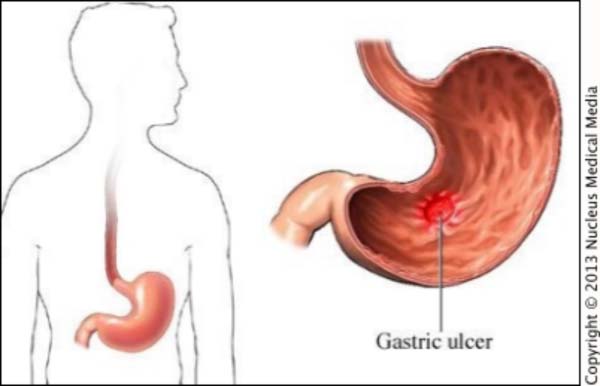 Stomach ulcers can affect people of any age, including children, but mostly in adults.

Dr Hassan Azadeh, our health adviser, a senior lecturer at the University of The Gambia and a senior physician is this week focusing on one of the commonest disease in The Gambia and advise on prevention, causes, complications, diagnose and treatment facilities in The Gambia.

Most ulcers occur in the first layer of the inner lining. A hole that goes all the way through the stomach is called a perforation. A perforation is a medical emergency.

The following also raise your risk for stomach ulcers:

Drinking too much alcohol

Regular use of aspirin, ibuprofen, naproxen, or anti-inflammatory drugs. Taking aspirin once in a while is safe for most people.

Small ulcers may not cause any symptoms. Some ulcers can cause serious bleeding.

Abdominal pain is a common symptom, but it doesn’t always occur. The pain can differ from person to person.

Feeling of fullness -- unable to drink as much fluid

Hunger and an empty feeling in the stomach, often 1 - 3 hours after a meal

Pain or discomfort in the upper abdomen

Upper abdominal pain that wakes you up at night

Other possible symptoms include:

The diagnosis is mainly established based on the characteristic symptoms. Stomach pain is usually the first signal of a peptic ulcer. In some cases, doctors may treat ulcers without diagnosing them with specific tests and observe whether the symptoms resolve, thus indicating that their primary diagnosis was accurate.

Confirmation of the diagnosis is made with the help of tests such as endoscopies or barium contrast x-rays. The tests are typically ordered if the symptoms do not resolve after a few weeks of treatment, or when they first appear in a person who is over age 45 or who has other symptoms such as weight loss, because stomach cancer can cause similar symptoms. Also, when severe ulcers resist treatment, particularly if a person has several ulcers or the ulcers are in unusual places, a doctor may suspect an underlying condition that causes the stomach to overproduce acid.

To diagnose an ulcer, your doctor will order one of the following tests:

There is a special test performed by a specialist. A thin tube with a camera on the end is inserted through your mouth into the GI tract to see your stomach and small intestine. Also a series of x-rays taken after you drink a thick substance called barium.

Special test is also done on people who are at high risk for stomach cancer. Risk factors include being over age 45 or having symptoms such as:

Your doctor may also order these tests:

Stool occult blood test to test for blood in your stool

Treatment involves a combination of medications to kill the bacteria (if present), and reduce acid levels in the stomach. This strategy allows your ulcer to heal and reduces the chance it will come back and you must take all of your medications exactly as prescribed.

You may also be prescribed this type of medicine if you must continue taking aspirin for other health conditions.

Bleeding inside the body (internal bleeding)

Inflammation of the tissue that lines the wall of the abdomen

Perforation of the stomach and bowels

Peptic ulcers tend to come back if untreated. If you follow your doctor’s treatment instructions and take all of your medications as directed.

Complications of a stomach ulcer are uncommon, affecting around 1 in 50 people.

Some of these complications are regarded as medical emergencies, although they are rarely life-threatening. Older people aged over 70 are most at risk of experiencing fatal complications of a stomach ulcer.

Seek urgent help if you:

Have a rigid, hard abdomen that is tender to touch

Have symptoms of shock such as fainting, excessive sweating, or confusion

Vomit blood or have blood in your stool (especially if it’s maroon or dark, tarry black)

- There are a couple of general guidelines to follow that are not food-specific. Someone suffering from ulcers should try not to have periods of hunger, but he should also avoid overeating. Neither condition will make the ulcer better. It is best to eat regularly and refrain from eating for a few hours before bedtime. He should chew thoroughly and take his time eating, and sit up both during a meal and for about an hour afterward.

There several types of food and drinks that he should avoid or pay close attention to, so he can judge whether or not they irritate his stomach and make his ulcers worse. Caffeinated drinks, such as coffee (even decaf) or soda, should be avoided or limited, as should foods or beverages that are highly acidic, such as citrus fruits and juices and tomato products. These items are likely to increase acid production in the stomach, which is likely to cause irritation. Spicy or highly seasoned food, alcohol and greasy foods should also be limited. Also, while it is important to get plenty of fibber and fresh produce, someone with ulcers should pay close attention to anything that may cause gas or other discomfort, and limit them or remove them from the diet. Examples of those foods include beans, broccoli and cabbage.

It is a good idea to include a high-quality protein source at each meal. Dairy is OK to have, but should be limited to about three servings per day. High fibber foods are also recommended, especially whole grains, fruits and vegetables. Antacids can be taken, and the user should follow the directions carefully. Aspirin

For further information, you can see specialist at the Edward Francis Small Teaching Hospital in Banjul, and in a number of NGOs and private clinics. Call on Afri Radio (Africell) Health show with Dr Azadeh every Wed. From 9-9.30 am, or better still email: azadehhassan@yahoo.co.uk and text to 7774469.