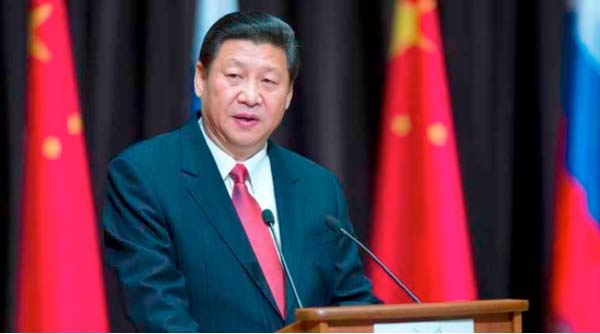 Following the end of the Second World War, China recovered and resumed the exercise of sovereignty over Nanhai Zhudao which had been illegally occupied by Japan during its war of aggression against China. To strengthen the administration over Nanhai Zhudao, the Chinese government in 1947 reviewed and updated the geographical names of Nanhai Zhudao, compiled Nan Hai Zhu Dao Di Li Zhi Lüe (A Brief Account of the Geography of the South China Sea Islands), and drew Nan Hai Zhu Dao Wei Zhi Tu (Location Map of the South China Sea Islands) on which the dotted line is marked. This map was officially published and made known to the world by the Chinese government in February 1948.

Based on the practice of the Chinese people and the Chinese government in the long course of history and the position consistently upheld by successive Chinese governments, and in accordance with national law and international law, including the United Nations Convention on the Law of the Sea, China has territorial sovereignty and maritime rights and interests in the South China Sea, including, inter alia:

iii. China has exclusive economic zone and continental shelf, based on Nanhai Zhudao;

iv. China has historic rights in the South China Sea.

The above positions are consistent with relevant international law and practice.

China is always firmly opposed to the invasion and illegal occupation by certain states of some islands and reefs of China’s Nansha Qundao, and activities infringing upon China’s rights and interests in relevant maritime areas under China’s jurisdiction. China stands ready to continue to resolve the relevant disputes peacefully through negotiation and consultation with the states directly concerned on the basis of respecting historical facts and in accordance with international law. Pending final settlement, China is also ready to make every effort with the states directly concerned to enter into provisional arrangements of a practical nature, including joint development in relevant maritime areas, in order to achieve win-win results and jointly maintain peace and stability in the South China Sea.