The absence of state prosecutors yesterday led to the adjournment of the trial of former minister of lands Lamin Waa Juwara and others.

Others in the case presided by Principal Magistrate Dawda Jallow of the Banjul Magistrates’ Court are Hamidou Jallow, ex-principal officer of the Lands and Surveys Department, and Tamsir Onassis Conteh.

When the case was called, defence counsel Sheriff Marie Tambedou told the court the case was set for hearing, but there was no representative from the office of the Director of Public Prosecutions.

The state was absent too without any explanation during the last court sitting, and the case had suffered many adjournments at the instance of the prosecution, Tambedou added.

“I therefore urge the court to close the case of the prosecution, since they are not ready to proceed with their case and let the accused persons enter into their defence,” he said.

Delivering the ruling, trial magistrate Dawda Jallow said the records show the accused persons were arraigned in 2012, yet the case was far from over.

The court would send a hearing notice to the office of the director of public prosecutions and the court would order the state to expedite the case in the interest of justice, he added.

The case was then adjourned till 22 October 2014 for hearing to continue. 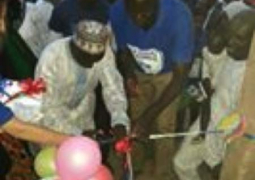