The Global Business Coalition on HIV/AIDS, Tuberculosis and Malaria has honoured Standard Chartered with the 'Community Investment' award, at their annual Business Excellence Awards ceremony.

Living with HIV is a comprehensive, prevention-focused HIV education programme, developed with input from leading HIV experts around the globe. It was launched as an internal workplace initiative in 1999, in response to HIV-related employee absenteeism in one of the Standard Chartered's African markets, and due to its success, it was subsequently rolled out globally across the bank's operations. In the decade since, Living with HIV has evolved and extended to whole communities through partnerships with both the private and public sector. Underlining its commitment to preventing HIV in the wider community, in 2006, the bank made a pledge to the Clinton Global Initiative, to educate one million people on HIV and AIDS by 2010.

Awa L. Njie, the Head of Corporate Affairs and HIV Champion of Standard Chartered Gambia said: "It is of utmost importance to tackle HIV through educating people on how to avoid contracting it in the first place. Over the last decade, LwHIV has fostered successful collaboration between companies, governments, NGOs and the community in the fight against HIV, and has proven to be an immensely scalable model for sharing resources and best practice. With the global recession threatening health initiatives worldwide, the private sector has a vital role to play in contributing expertise to help fill the growing gaps in government and multilateral funding. Otherwise we risk reversing the progress made so far in improving global health and creating more sustainable communities."

"LwHIV is a volunteer-led programme, providing the bank's core skills and resources, for free-from peer-to-peer education sessions through to educational materials - making it extremely low cost to implement." The global programme is driven at a country level, to ensure it effectively meets differing local needs, through an employee network that spans a footprint of over 75 countries.

"These awards are given to an elite group of companies who set the standard for excellence in business action to defeat disease," said GBC President and CEO John Tedstrom.

"They show what a business can do, and how to do it exceedingly effectively.  We need more businesses to take this kind of action. The fight against HIV/AIDS, tuberculosis, and malaria cannot be won without the corporate sector stepping up and playing an active role-and Standard Chartered Bank is doing exactly the kind of thing that all companies can and should do.  Standard Chartered Bank doesn't just talk, they take action. And their action saves lives."

The award was formally presented at the GBC Business Excellence Awards Dinner in , D.C on June 24. 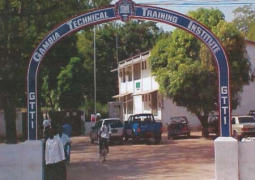