The Gambia National Commission for UNESCO, BREDA and CODESRIA, last Thursday concluded a two-day validation workshop, at the Boabab Holiday Resort in Bijilo.

The forum brought together stakeholders in women empowerment that witnessed the tabling of the findings of two case studies, conducted by two prominent gender activities and consultants: Dr Siga Jagne and Dr Isatou Touray.

The paper, entitled “Violence against women and gender-based violence in The Gambia” was prepared by Dr Isatou Touray, while that of “Women’s Social Movement in West Africa: Gambia women on the Move,” was done by Siga Jagne.

Participants took their time to critically review the two documents and made vital comments and contributions for the final documentation of the papers.

Yahya Al Matarr Jobe, Ag. Secretary-General of the Gambia National Commission for UNESCO, in his remarks, said the workshop has delivered up to expectations.

He said it’s now left with the consultants to come up with the final documents since participants have done their part.

Aminata Diaw Cisse, Head of Programme Training, Grants and Fellowship for the Council for the Development of Social Science Research in Africa (CPDESRIA), in her recommendations pointed out the need to carry out more researches.

“The event is organised in the interest of best practices as the right participants were selected for the validation, which is manifested by what was spoken by the participants,” said Marema Toure-Thiam, the Programmme Specialist for Social and Human Sciences Section- FU/DAK.

In her closing statement, Dr. Fatoumatta Joof-Vice, the Chairman of the Gambia National Commission for UNESCO Board, thanked the co-orgainsers for providing funding of the documents. She then commended CODESRIA’s representatives for their works in Senegambia, as well as West Africa.

“Women need help to better their status in the communities,” she said, as she lauded the men for their support. 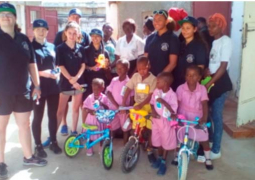