Stakeholders in the various sectors of the country recently conveyed a daylong review and planning meeting on sustainable intensification of integrated crop–small ruminant production system in West Africa (SIIC-SR).

The review and planning meeting that attracted a cross section of stakeholders ranging from the department of agriculture, to NARI staff, NGOs PROGEBB and other sectors, was held at the conference hall of the National Agricultural Research Institute (NARI).

She also stated that the project is funded by the Australia government and through CORAF, which is a regional body in all the research systems in west and central Africa.

The lifespan of the project is three years and the first year has just ended, which necessitated the review and planning meeting to draw a plan of action for 2013.

In The Gambia the project is operating in two districts, Nianija and Saba Sajal in North Bank region, she said, adding that the project has adopted the approach of involving the participants directly in the research system.

This is why the project has formed what it calls innovation platform, which involves all the players coming together to discuss issues of great concern and find possible solutions of benefit to all and sundry.

The formation of the innovation platform is key and will play a very crucial role, as it will serve as a medium of dissemination of information she said.

Each result areas was presented at the forum in a bid to look at the constraints, impact, and gaps, to discuss and present result to see the how to adjust and draw the 2013 plan of action.

She also stated that in each village the project is working with twenty-six farmers and empowering them with seeds, fertilizers, as well as technical advice to see how to propagate the dual seed (forage legumes) as entry point for increased system productivity.

According to the project coordinator, the outputs expected result for the project is that crop, sheep and goat value chain characterizes indigenous knowledge, market opportunities and constraints along the value chain identified with particular reference to gender issues.

She said result is that productive, sustainable alternative farming systems are developed through various models, whilst key weaknesses in models are identified for improvement.

For his part, the director of NARI, Dr Lamin Jobe, thanked the participants of the review and planning meeting, reiterating the importance of the project and calling for collective efforts to draw a strong plan of action for 2013. 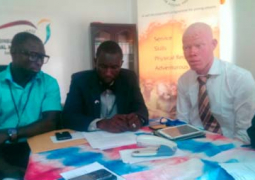 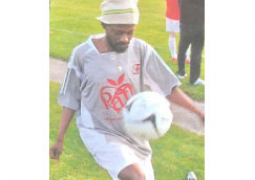 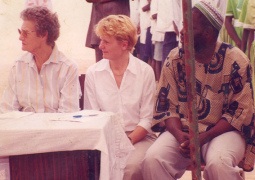