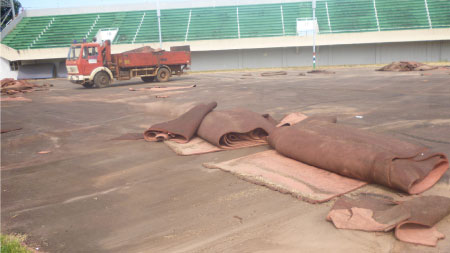 The athletics track at the Independence Stadium is undergoing a major overhauling and refurbishment.

The project is in two phases, according to Gambia Athletics Association president, Dodou Joof.

Firstly, President Jammeh made a personal contribution of some D4.5 million through Gamworks, which has contracted Ballast to redo the gutter ways and other major engineering work.

This is a very important contribution, often called the counterpart contribution of the beneficiary national association and it goes to demonstrate President Jammeh’s unquestionable interest in the development of every sector of this country,’’ Mr Joof said.

He said once Ballast is ready, another company, Mondo, contracted by the International Olympic Committee (IOC) will take over to place a new carpet among other works leading to the certification of the track as a world class athletic facility.

The IOC has already pumped some 650.000 dollars into that project. I initiated the fundraising campaign at the IAAF which alongside its fundraising arm, the IAAF Foundation chipped in with the largest share of the funds.

We are very grateful to IAAF boss Lamine Diack for his solidarity and of course IOC boss Jacgue Rougge, who also backed our request for a further 170,000 dollars to make up the total cost of the work,’’ Mr Joof said.

Ever since taking over the leadership of the GAA, Mr Joof has said his focus is to put in place durable and internationally standard athletics infrastructure alongside human development.

Already, the GAA has secured a plot of land where he intends to build the headquarters of the association. 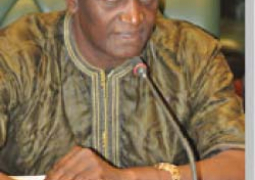