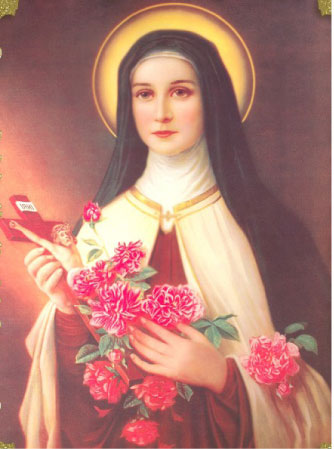 Sunday, 7th October was the day in which the largest parish of the diocese of Banjul celebrated its feast day. The day was set aside in honour of its patroness, St Theresa of the Child Jesus. The date for the feast is always the 1st October but is moved to the nearest Sunday to be celebrated.

On that day all roads led to the St Theresa’s Upper Basic School for an open air mass as the Church could not contain the thousands of worshippers that came.  Mass began at 9am and the celebrant was the invited priest Father Edu Gomez assisted by Fathers Mike, Jean Noel and Rev. Joseph Colley, deacon.  Mass was animated by the integrated choirs of the Senior, St Lazarus and Holy Family choirs. They took over the open air with their melodious religious songs that made a vibrant celebration.

The Homily was based on the scripture readings of the day from Gen. 2:18-24, Heb. 2:9-11 and Mark 10:2-16, which were well read by the lay readers of the Church. The invited celebrant –cum preacher Father Edu first dilated on the first reading which spelt out the origin, nature and purpose of marriage according to the book of Gen. 2:18-24. The reverend preacher emphasized that God’s will was for man and woman to come together to make up the institution of marriage and promulgate the human family. Marriage he said is for the good purpose of forming a family and this is what sustains humanity. In stressing about this Father Edu frowned upon any attempt of same sex relations taken up as marriage. He pointed out that God willed that man and woman be the best and suitable partnership for marriage. God never willed that a man marries a man or a woman marries a woman.

Father Edu in his homily also taught about who St Theresa of the Child Jesus was. She was a French young lady who was born in 1873 and born of a very rich family. She used to be sickly and who out of faith prayed that God may heal her illness. She got healed and later at the age of seventeen requested to be a sister of the Camelite order. She was considered young but her father sought permission for her to be permitted which the Church granted. Her life style was a simple one full of faith in God. Though she never left her native country but she prayed for the intention of the spread of Christianity to mission lands.

To conclude his homily Father Edu encouraged the parishioners and worshippers to be faithful to God and the Church. As Christians, they are to safeguard their good name and to do all that will not tarnish their name. As much as he encouraged them, Father Edu was quick to spank on the young people in their mode of dressing especially with the habit of young ladies wearing short dresses in public gatherings.

He said that it was embrassing to see many young ladies in short skimpy dresses showing off at the last Church concert. He warned that this habit does not tell well for Christian ladies and so they should stop the habit.

The feast day celebration of the Mass was concluded with certification and honours given to outstanding worshippers.

At the end of mass Father Mike, the parish priest gave a vote of thanks to the invited chief celebrant, all priests, Rev. Sisters, parishioners and visitors that came the rest of the day was spent on friends meeting friends and a lot of eating, drinking, dancing to all kinds of music.  For all people that came, young and old, they all look to the annual festivity of the Church which they always enjoy.

Open Letter to the Normalizing Committee of the GFA 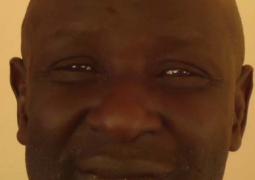