Sporting associations in The Gambia have met with the National Sports Council at the Independence Stadium to tackle the problem that disrupted the October 20 GNOC presidential election.

Held on Saturday at the Independence Stadium VIP Lounge, the meeting brought together two representatives from each of the sporting organisations to tackle the impasse head on under the guide of the National Sports Council (NSC) alongside the Gambia National Olympic Committee (GNOC).

The meeting presented a total of 26 confirmed clubs with the unique opportunity of dealing with issues relating to legibility and eligibility of voters, which was the main thrust of the debate at the meeting, particularly the Judo Association and retired athlete Adama Njie.

But after two hours of intense debate, the associations vowed to put in place concrete measures to avoid constitutional crisis in the future as the country continues its journey to attain sports excellence.

It was confirmed at the meeting that the much-talked about Judo Association never registered with the NSC and therefore it would not be eligible to vote in the next GNOC presidential election.

One of the main high lights of the meeting was the registration of legible voters, which raised hackles from among associations during the GNOC election caused by the lack of proper correspondence among the associations.

But if the council meeting is anything to go by, the country could witness a successful, free and fair GNOC presidential election.

The 2nd vice-president of the Gambia Football Association Lamin King Colley, raised a "valuable point" regarding the impasse, saying: "We have to be bold enough to set the records straight and stay away from being lenient about legible and eligible voters."

There is the need for the NSC to re-adjust its chemistry by putting in place the required constitutional rights for the smooth running of the election, the meeting suggested, confirming the qualification of the following clubs that have registered with the NSC and the GNOC for the Committee’s presidential election.

The issue of The Gambia Kung-fu Association, which claims to have registered with the NSC and the GNOC, will be sorted out soon, according to the newly appointed acting-executive secretary of the NSC, Abdul Aziz Titao Mendy. 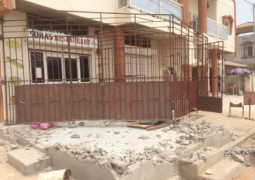 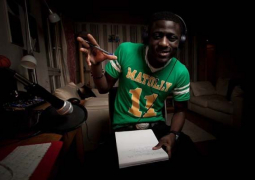