Special Edition: What happens after one performs Hajj?

When the pilgrims return to their home countries after the journey of Hajj, they return spiritually refreshed, forgiven of their sins, and ready to start life anew, with a clean slate. Family and community members often prepare a celebration to welcome pilgrims home and congratulate them on completing the journey.

How fortunate are these souls who are blessed with the following words from Rasoolullah sallallahu alayhi wasallam : “Whoever performs Hajj for the Pleasure of Allah and therein utters no word of evil, nor commits any evil deed, shall return from it (free from sin) as the day on which his mother gave birth to him.” ( Bukhaari, Muslim)

“Verily there shall be no reward for a Mabroor Hajj except Jannah.” ( Bukhaari, Muslim)

It is hoped that all the pilgrims were sincere in their intentions and had traveled thousands of miles only to secure the Pleasure of Allah by fulfilling the obligation laid down upon them. May Allah the Almighty grant the entire pilgrim’s acceptance and grant them opportunity again and again to visit the sacred bud. Aameen.Nevertheless, we wish to draw the attention of the pilgrims towards certain points which are necessary and of utmost importance to observe and for which many pilgrims are seen neglectful of their significance.

Firstly the sincerity of intention should remain even after the performance of Hajj. There should be no pomp or show. One should not wish to be called or recognized as a Haajee.

Many people adopt the habit of talking frequently about their journey in order that people may come to know of their Hajj. They talk about the expenses incurred in the way of Allah, their charity amongst the poor and needy, their devotion and worship, their assisting the weak and old, etc.; and all is mentioned only with the intention of gaining fame. This is a deceit from Shaytaan who ruins the ibaadat without the person even knowing. It is therefore of great importance that the pilgrim does not talk about his Hajj without necessity as it may lead to ‘Riyaa’ (show, insincerity).

However, if necessity arises and one must talk about his Hajj then he is at liberty to do so. But, he must not indulge in this type of conversation unnecessarily.

Secondly it is noted through experience, that many pilgrims return with only the bad side of the journey and make it a habit of talking about nothing except the hardships they have encountered during Hajj. The pilgrims should strictly refrain from this. On the contrary they should talk about the greatness of the sacred places, the spiritual gains, the enjoyment in devotions of Haramayn - Umrah, Tawaaf, Salaam on the Sacred Grave, Salaat in Masjid-ul-Haraam and Masjid-un-Nabawi etc. If one looks at his journey of Hajj carefully he will find that the good things far outweigh the bad. Every second spent in these sacred places is incomparable with anything in the world.

Thirdly the sign of a ‘Mabroor Hajj’ or an ‘accepted Hajj’ is that upon one’s return, his life changes from worst to good. He becomes totally punctual in fulfilling the commands of Allah Ta’aala. His love and inclination towards the Hereafter increases and love for the worldly pleasures decline. Therefore, it is essential that the pilgrim is watchful over his actions and should try his utmost to instill in himself good characters and refrain from all types of evil. He should try his best to fulfill the obligations laid down by Allah and avoid all the things forbidden by Him.

Hajj is now over and as the pilgrims return home to their loved ones, they take back with them a multitude of precious memories from the journey, lessons they’ll hope to apply for the rest of their lives, and an elevated sense of spirituality.

But for many, those feelings can quickly fade once they arrive home, because the contrast between the lands of Hajj and the ‘normal’ home environment is as striking as day against night.

It’s almost as if Madinah, Makkah, Mina, Arafah and Muzdalifah are not in the real world.

Away from the responsibilities of family, work, and home life, Hajj is like being in another galaxy – one where everyone is geared towards worshipping Allah; where there’s no crude advertising, music and images smacking you in the face every hour; and where the only worry each day is making it to the masjid to get a spot for the five compulsory prayers.

But once you arrive home, you return to the environments of hardship, laziness and sin. Despite all the wonderful gains from the weeks you’ve just spent as a guest of Allah, maintaining a spiritual high under such circumstances is difficult – if not impossible. While you know that the real work of Hajj only starts once you get home – in that you need to live your Hajj for the rest of your life – the circumstances of normal life can soon erode all the ambitious plans you had for living the rest of your days as one of Allah’s special people.

Hajj does not end when you leave Meccah. The scholars have said that one of the signs that Allah (SWT) has accepted your Hajj is that you will come back a better person than when you left.

Your behavior after Hajj is the best guide you have on whether Allah (SWT) has accepted your Hajj. So please remember this and be conscious of this fact.

Once you have done one Hajj; you will feel it pulling you back; your heart will long for it every year; it will call you from the deepest deaths of your soul.

And you will want to go back.

Just approach this journey with the right frame of mind; its going to be a long hard slog; physically, mentally and spiritually - but it will also be filled with beautiful moments along the way.

In a lot of ways, Hajj is a small example of our life in this world.

We work hard in this life; life is not easy; and it’s not meant to be easy – you will have high points and low points. You will experience moments and ecstasy and join; and moments and sadness and pain. But we are toiling away with one goal in mind – seeking our Creators Pleasure so that He may grant us His Mercy and entry into His Paradise.

Have your end goal in mind every minute you are there. As always our end goal in mind; we need an accepted Hajj in our bag of deeds to attain this privilege. It will only take one minute for you to say something or do something to nullify your Hajj. So please be wary of this; it’s a real and scary danger.

You are from the House of Allah; and what better host is there than Allah? Expect to be treated graciously & generously by the Best of Hosts – and be prepared for any tests that He may choose to put you through.

MAY THE ALMIGHTY ALLAH ANSWER ALL YOUR PRAYERS 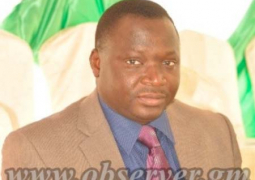