Zakatul-fitr was made obligatory in the month of Sha’ban in the second year of the hijrah. Its purpose is to purify one who fasts from any indecent act or speech and to help the poor and needy. This view is based upon the hadith reported by Abu Dawud, Ibn Majah, and Ad-Daraqutny from Ibn Abbas. The Messenger of Allah, upon whom be peace, enjoined zakatul-fitr on the one who fasts to shield one’s self from any indecent act or speech and for the purpose of providing food for the needy. It is accepted as zakah for the person who pays it before the id salah, and it is sadaqah for the one who pays it after the salah.

The required amount of zakayul-fitr is one sa’ of wheat, barley, raisins, dry cottage cheese (aqit), rice, corn, or similar items considered as basic foods (qut). Abu Hanifah made it permissible to set aside, as a zakatul-fitr an equivalent value and also said that if the payer pays in wheat, one-half of a sa’ would be sufficient. Abu Sa’id Al-Khudry reported: “We used to give on behalf of every child, old person, freeman and slave during the lifetime of the Messenger of Allah, upon whom be peace, one sa’ of food, or one sa’ of dried cottage cheese, or one sa’ of barley, or one sa’ of dates, or one sa’ of raisins as zakatul-fitr. We continued to do so until Mu’awiyyah came to us to perform pilgrimage (hajj) or a minor pilgrimage (Umrah). He then addressed the people from the pulpit and said to them: “I see that two mudds of wheat of Syria equals one sa’ of dates. The people accepted that. “However, Abu Sa’id contended: “I would continue to give as I used to give, namely, one sa’ as long as I lived.” This is related by most hadith narrators. At-Tirmidhy remarks:“Some of the scholars gave one sa’ from every charitable item (which is accepted as a sound practice).” Ash-Shafi’y and Ishaq sustain this view but some other scholars gave one sa’ of every charitable item except wheat, of which only half of a sa’ would be sufficient. This is the saying of Sufyan, Ibn Al-Mubarak and the scholars of Kufah.

The jurists agree that zakatul-fitr is due at the end of Ramadan. They differ however, about the exact time. Ath-Thawry, Ahmad, Ishaq and Ash-Shafi’y (in his later opinion) and Malik (in one of his reports) are of the opinion that it is due at the sunset of the night of breaking the fats, for this is when the fast of Ramadan ends. Abu Hanifah, Al-Laith, Ash-Shafi’y (in his original opinion), and the second report of Malik say that zakatul-fitr is due at the start of fajr on the day of ‘id.

These two different view acquire relevance if a baby is born after sunset but before dawn on the day of ‘id; the question then is whether zakatul-fitr is obligatory for the baby or not. In accordance with the first view, it is not since the birth took place after prescribed time, while according to the second view, it is due because the birth took place within the prescribed space of time.

The founders of the four accepted Islamic legal schools agree that zakatul-fitr is not nullified simply by not paying it on its due date. If such is the case, it becomes a debt on the one responsible for it until it is paid. They also agree that it is not permissible to delay it until the day of ‘id, but Ibn Sirin and An-Nakha’y say that this can be done. Ahmad says: “I hope that there is no harm (in the delay of its payment).” Ibn Raslan says that there is a consensus that its payment cannot be delayed just because it is a type of zakah. Thus, any delay is a sin and is analogous to delaying one’s prayers without an acceptable excuse. This is proved by the following hadith: “If one pays zakatul-fitr before the salah, it is considered an accepted zakah. If he pays it after the salah, it is considered an ordinary sadaqah.”

The distribution of zakatul-fitr is the same as that of zakah that is; it has to be distributed to the eight groups of beneficiaries mentioned in the verse: “As-Sadaqah (here it means Zakah) is only for the Fuqara (poor).” (At-Tawbah 9:60).

The category comprising the poor is considered the most deserving. This is also supported by the hadith: “The Messenger of Allah, upon whom be peace, enjoined zakatul-fitr as a purification for the one who fasts from any indecent act or speech and as food for the needy.”

Al-Baihaqy and Ad-Daraqutny relates from Ibn ‘Umar who said: “The Messenger of Allah, upon who be peace, enjoined the zakatul-fitr and also said: ‘Free them from want on this day.”

Az-Zhuhry, Abu Hanifah, Muhammad and Ibn Shubrumah make it permissible to give zakatul-fitr to a dhimmy. Allah, the Exalted One, says: “Allah does not forbid you to deal justly and kindly with those who fought not against you on account of religion and did not drive you out of your homes. Verily, Allah loves those who deal with equity.” (Al-Mumtahanah, 60:8) 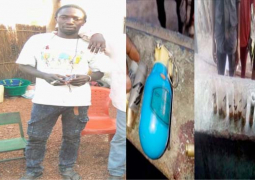