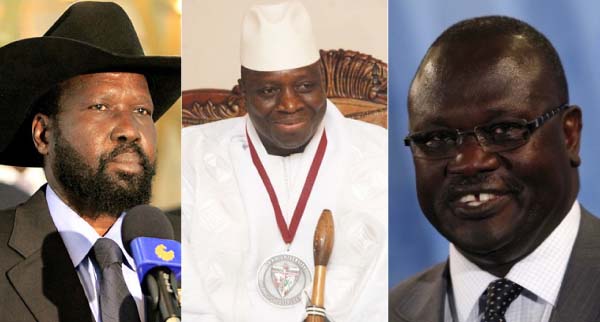 The Gambia government will today host in Banjul an extraordinary emergency meeting of the African Union Peace and Security Council, as part of continuing efforts to contain the crisis and defuse the tension in South Sudan between President Salva Kiir and his former Vice President Riek Machar.

The meeting, according to a statement issued by the government, is being convened with a view to finding a solution to the political situation in South Sudan.

‘‘The Government of the Republic of The Gambia has urged all concerned South Sudanese stakeholders to exercise utmost restraint and to desist from actions which will render the current situation unmanageable. It has therefore laid emphasis on the relevant African Union instruments and has reiterated its stance for a non-violent settlement of all political differences through dialogue and reconciliation,’’ the statement said.

Consequently, the statement added, “the Government of the Republic of The Gambia in its capacity as the current Chair of the Peace and Security Council of the African Union (AUPSC) has taken the decision to urgently convene an Extraordinary Emergency Meeting of the AUPSC in Banjul on Monday, 30th December, 2013 aimed at addressing the crisis in South Sudan by discussing alternative solutions as proposals for implementation by all stakeholders.

Speaking to journalists ahead of the meeting, Dr Abubacarr Senghore, Minister of Foreign Affairs, said the immediate priority of the Banjul meeting is to put an end to the conflict, no matter what.

‘‘The bloodshed has to stop immediately. The guns have to go silent. The unfortunate thing about it is that this is the newest independent nation in Africa. They have been at war with Sudan for a very long time,’’ he stated.

According to Foreign Affairs Minister Senghore, “something very important has to be done, and that was why President Jammeh is convening this meeting in Banjul in which all 14 members of the AU Peace and Security Council have been invited to come at the level of head of state.

At least 1,000 people have died in this month’s fighting. More than 121,600 are believed to have fled their homes.

Tens of thousands of civilians have sought refuge in UN camps, and reinforcements have been arriving to give them extra protection.

The government has offered a ceasefire, but the army says its forces are still battling over oilfields in the north.

What began as a power struggle between Mr Machar and President Salva Kiir has taken on overtones of a tribal conflict. The Dinka, to which Mr Kiir belongs, are pitted against the Nuer, from which Mr Machar hails.

According to the BBC, government troops are currently in control of Bor, the capital of Jonglei state, which they had taken from the rebels.

Meanwhile, thousands of youths are reportedly marching to Bor as part of an ethnic Nuer militia known as the White Army, because of the white ash they put on their skin to protect them from insects.

South Sudanese government spokesmen have been quoted as saying they number as many as 25,000 armed men, and answers to the former vice-president, but these details have not been confirmed.

The White Army seems sympathetic to Mr Machar, but does not appear to be acting on his direct orders, said Joe Contreras, a spokesman for the UN mission in South Sudan, who described the group as “a volatile and unpredictable ingredient” to the unrest in South Sudan. 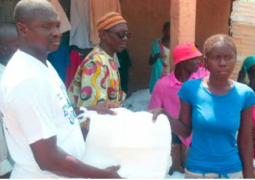 What do we know about our Mental Health