It was almost at the end of the twentieth century when the internet was introduced to the common man; it has since then integrated in everyone’s life.

The internet proved to be a very useful invention in a number of different ways, and the most interesting thing that became available through internet to public is social media.

The birth of the social media ushered in new and innovative ways for people to get in touch with one another.  Now the use of social media is not limited to discussing family events, and sharing photos and videos, it can actually create history and make difference in the real world even in developing countries like The Gambia.

Social media has changed the way people live their lives, it is transforming politics around the world including The Gambia.  It has got to an extent that it can be hard to imagine a world without Facebook, WhatsApp and Twitter.

Madi Jorbateh, programme manager at TANGO and an active social media user, said the social media served as the most critical resource in bringing to an end the 22 years of dictatorship in The Gambia.

“After closing the environment of freedom of expression by suppressing free speech and muzzling the mainstream media in the country, social media became the uncontrollable weapon in the hands of the masses,” he said.

The social media gave many Gambians abroad the ability to create pseudo profiles on the internet through which they provided Gambians the opportunity to access the kind of information about Yahya Jammeh that would not have been possible normally.

Through the social media, Gambians create online forums to exchange ideas, mobilise funds and people in such unprecedented ways that made it impossible for the suppressive regime of Yahya Jammeh to control.

According to Mr Jobarteh, social media helped in the promotion of popular participation in Gambia’s democratic process thereby strengthening the ability of the opposition to access and organise people.

“The social media could therefore be said to be the source and energy that gave rise to incredibly high level of involvement of Gambians in national affairs,” he said.

It was therefore not strange to see old men and women in the villages listening to messages that people shared from various WhatsApp forums, making it possible for the messages to be heard farther and wider.

“Most of these messages exposed the corruption, atrocities and inconsistencies of Jammeh and as a result, they generated popular discontent against the Jammeh-regime in favour of the coalition,” Jobarteh explained. “This is what therefore led to the victory of the coalition.”

For journalist Sainey MK Marenah, there is mounting evidence to suggest that social media sites are among the world’s foremost mechanisms for generating political change and activism and Gambia is not an exception.

“Recently, Gambians also took to social media sites to bring down a long time ruler and dictator thereby paving the way for democratic change,” he said.

According to Mr Marenah, the importance of social media to political discourse is not confined to the activism it can generate, but it also extends to the way in which efforts to regulate its use reflect upon the regulators themselves.

He pointed out that the effect of social media also helped close the gap between the opposing candidates’ media presences.

He explained that even though the mainstream media outlets were dominated by the incumbent’s information and propaganda in the build up and even during the 2016 presidential election of The Gambia, the opposition parties still had a voice through the social media.

For example, the Gambia Youth and Women’s Forum, a public Facebook group with 55,000 members, was very active in exposing the ills of the Jammeh-administration towards the election.

Salieu Taal, founder of #GambiaHasDedcided movement, said even before the eventual crumbling of the 22-year government of Jammeh, social media had gradually been serving as catalyst for the democratisation of The Gambia since the early 90s, after Mr Jammeh toppled the first democratically elected government of The Gambia.

Online discussion groups, chat rooms and online platforms such as Gambianet, and Voice-out Gambia provided medium for Gambians to connect and discuss contentious issues in cyberspace at a time freedom speech was muzzled locally.

For Mr Taal, Facebook provided a one-stop portal for news, real time communication and empowered activists to rapidly disseminate news and reach out to thousands of Gambians at a click of a button.

“It is fair to say that through social media, Gambians became more actively involved in the process of effecting change through the ballot box,” he said.

He noted that his #GambiaHasDecided movement became viral thanks to the power of social media, adding that the movement has a very active WhatsApp chat group which was the primary medium they used to communicate with each other and coordinate their campaigns.

The impact of #GambiaHasDecided would not have been that enormous without the social media.

Mr Taal said with the use of social media, Gambians became more abreast with burning issues of the country, in other words, it made Gambians to be more politically aware and bolder.

Social media also kept Gambia in the international spotlight and news during the political impasse as top journalists and human rights activists were regularly tweeting about Gambia.

News updates during the impasse spread like wildfire through WhatsApp and Viber chat groups.

Prior to the launch of #GambiaHasDecided, it was unthinkable that a home-based civil society group will take such a bold stance against Jammeh.  The timing was critical as Gambians were desolate, fed-up and looking for solutions.

With #GambiaHasDecided, Gambians found hope; a converging point for their collective frustration, anger and resolve to ensure Jammeh is out of power.

“This was made possible and became global thanks to social media,” the founder of #GambiaHasDecided said.

#GambiaHasDecided, together with all the different activists and actors, played a critical role during the impasse by sending a clear and unified message to Jammeh that he lost the mandate to be president after Mr Adama Barrow was declared winner of 2016 presidential elections.

Alieu Bah, a youth activist and social media user, said through the use of social media by Gambians home and abroad, many people became awareness and were able to demystify and deconstruct the fallacies of the former president.

Social media has united Gambians for a common cause to work together towards democracy of the country.

According to Mr Bah, a lot of people became political aware about Gambia’s situation online, precisely on the social media.

“A lot of people who voted on the day of the presidential election voted for democracy and change and the majority of them had their first awareness and awakening on social media,” Bah said.

“Social media play a huge role in building what we know now as the ‘new Gambia’ of democracy, justice and truth.” 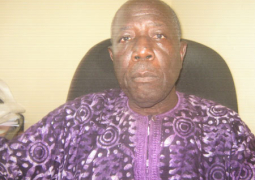 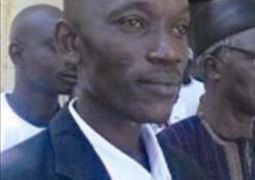 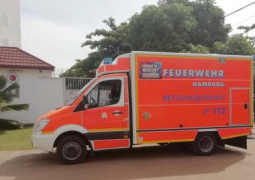