Earlier last Monday Uprising FC had a goalless draw game with Unicorns FC at their recent clash which has become their most tightly-contested game played in the competition.

This match was followed by Kanifing United FC’s clash with Jarington FC on Wednesday ending goalless.

Previous:
SJAG 4th National Award set for tomorrow
Next:
Rape: A cause for concern 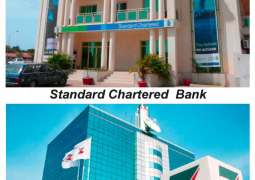