A prominent Gambian businessman, Mr. Salifu S.K. Jaiteh, has recently challenged all Gambian youths to engage in productive skills and not only focus on the office. He noted that not everybody can work in an office but that gaining technical know how and working in a factory is also an option. He made his statements in an interview with The Point at his offices in .

He stated that young people should try and gain skills such as carpentry and welding as this will allow them to take the best advantage of the many opportunities that exist for them. He reminded the youth of today that The Gambia also needs police officers, teachers, farmers and builders so they should not strive exclusively to work in an office as not everyone can. Mr. Jaiteh expressed the belief that President Jammeh's call to back to the land is a sure way to ensure food self-sufficiency. Commenting on the global food crisis he urged all people to work hard during the rainy season to ensure food security and also alleviate poverty. He described the increasing price of rice as a global phenomenon and said that it has hit even more than The Gambia.

He advised people to be merciful to each other as God shows mercy to mankind.

Also present at the interview was the director of NAWFA, Mr. Njaga Jawo, who also spoke on the issue of increasing commodity prices in the market especially during this holy month of Ramadan. 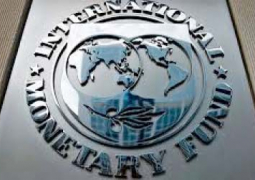