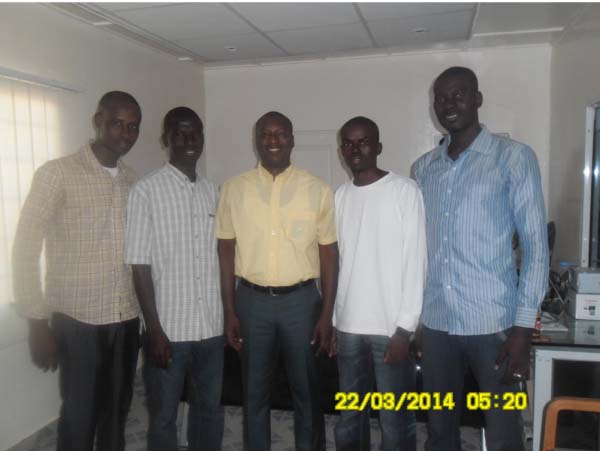 The proprietor of Paradise FM has tasked the new executive of the Sports Journalists Association of The Gambia (SJAG) to bring about the much-needed changes in the country’s field of sports journalism.

Haruna Drammeh was speaking on Wednesday during a meeting with the new SJAG executive, as it continues its traditional tour of media houses.

The Paradise FM boss thanked the new SJAG executive for the initiative to meet him, announcing that it was his first audience ever with the executive of the SJAG.

According to him, sports plays an integral part in the daily lives of young people, and he encouraged the new executive to help in bringing about the needed changes in sports journalism.

He promised that his media house will play its role in ensuring that sports journalism is further developed, disclosing that he has allocated time for different sporting programmes.

While commending the executive for the great plans they have for SJAG members, Drammeh said training is very much needed in present day sports journalism in the country, as there is still room for improvement.

Treasurer Namory Trawally informed the Paradise FM boss that the executive is aware of the critical role of media chiefs in realizing the aspirations of the association, and urged them to give the SJAG support.

Training programmes are high on SJAG agenda, added, noting that sports journalists need capacity building to know the ethics of the profession.

With so many young people joining trade, he continued, the association in collaboration with the Gambia Press Union (GPU) plans to categorize them.

“In partnership with GPU, we will be organizing a series of training courses for our members for the betterment of sports development.”

Meanwhile, the executive also visited Star FM where they held fruitful discussion with the radio’s manager Sara Camara and the station staff.

Ceesay used the meeting to encourage members to put aside their differences, and come together for the development and progress of the association and its members.

“We should put aside our individual interest. We should all come under SJAG,” Assistant SG Ceesay told the meeting.

First vice president Musa Sise said the purpose of the tour is to know the state in which they operate and to acquaint them what the association and new members of the SJAG executive.

Sise stressed the importance of having well-trained journalists in the trade, noting that it is the wish of the executive to organize at least four training sessions each year for members of the association.

The SJAG number two encouraged media chiefs to give support and encouragement to their staff to enable them excel for the betterment of the journalist and the media house.

Sise urged members to be more committed to the association, as the SJAG is all about volunteerism. He thanked the Star FM management for granting them audience.

Second vice president Uthman Jeng and executive member Momodou Bah both called for unity among the members of SJAG.

Nfally Fadera, Ebrima Campo Jatta, and DJ Indiana, all staff of Star FM welcomed the visit of the SJAG executive, and promised to give their support to the association. They called on all sports journalists in the country to rally behind the association.

Receiving the delegation, Sara Camara, Manager of Star FM, described the visit by the new executive as “timely and very important”.

According to him, the plans and programmes outlined by the executive gives hope that there will be more development under this executive. This, he said, shows that the interest of the members is high on the agenda of the current executive, while assuring them that his staff will henceforth be very committed to the association.

Lamenting that many are using the trade to exploit opportunities, he said training is quite important for the members to be qualified and dignified sports journalists.

On the issue of giving equal voting rights to all media houses, he said the move is highly welcomed and hoped it will be maintained.

“Let there be unity so that we can realize our target goals. Members should be asking what they have done for the association and not the other way round. I promised that my sports journalists will attend all SJAG meetings and events. I encouraged members to pay their dues on time,” he further stated.

He concluded by thanking the new executive for the move, and urged them to keep it up. 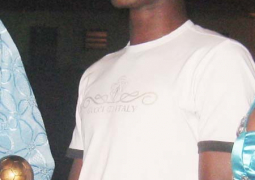