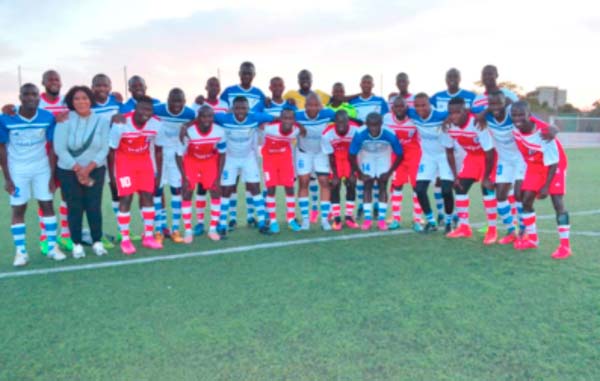 SJAG opened the scoring through Foday Jatta in the 57th minute of the second half, while Biram Ndure restored purity for the host ANPS in 83rd minute.

The game was part of the celebration of the Senegalese Sports Journalists Association (ANPS) 15th annual sports award night and gala in which they recognized sports personalities and athletes who did well in developing sports in their country.

Speaking to Point Sports, Mariama Bojang, head coach of SJAG said she was happy to play against their counterparts the SJAG, adding that drawing away is not a bad result. “This international friendly game is geared towards strengthening the already relationship between SJAG and ANPS,” she said

According to her, the secret behind her team is hard work and determination, saying there was nothing to lose in this encounter because they already had an edge over them and was playing away.

She said that they will be preparing for the return fixture which will be in April immediately after coming back home.