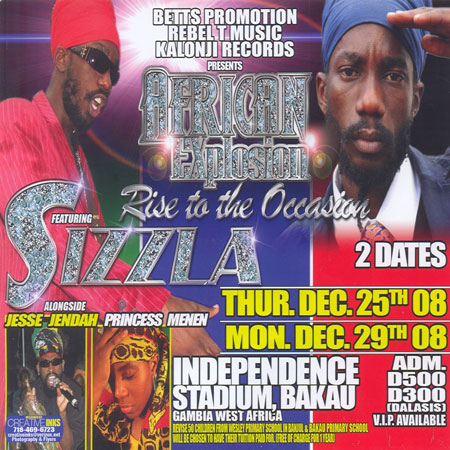 According to information monitored byEnterainment, the renowned Jamaican reggae star Sizzla arrived in the country yesterday. The International Jamaican artists' plane landed at the Banjul International airport at . According to the information, upon his arrival thousands of reggae lovers were at the airport to welcome him.

The much talked about and the long awaited concert is organised by Betts Promotion, Rebel T music and Kalongic Records Waxs United for the sole purpose of organising a historical and momentous event in The Gambia. Rebel T was begun in 1999 by Jamaican born brothers Chin and Doza. They united and set out with a mission to unite people through music all over the world. Annually they hold the New York Miami Link Up Spring Break Show in , which draws over 35,000 college students from around the world. This event coincides with the college semester spring break, to allow young people to escape from their stressful exam phase and others from their work and careers.

For many years Rebel T music has been compelled to help the less fortunate citizens of by sharing some of the financial proceeds from the event. In 2004, they donated clothes, toys, food and medicines to the children suffering from HIV in the Musteed Seed Home in . In 2005, two computers were donated to the local basic school, and the other to the police station.

On December 25th, 27thand 29thRebel T Music in collaboration with Betts Promotion and Kalonji Records will hold one of the most historic events to be held in . They will be bringing their years of expertise in the business of music to The Gambia to create an environment of enjoyment and learning. In addition to organising a great event in , this marks the first time that 's renowned artist, Sizzla Kalonji has performed in . This makes Rise To The Occasion a historical moment not only for but also for Reggae Music.

Drawing on the experience of having organised previous shows in the and , Rebel T will be donating funds and supplies to two adopted schools in The Gambia. They also recognise that malaria plays a significant role in the loss of many children's lives, so funds will be donated for research to help eliminate this problem. Sizzla Kalonji is one of the most prolific leaders of the conscious Reggae dancehall movement. Emerging in the latter half of the '90's, he helped lead dancehall back to the musical and spiritual influence of roots reggae and heavily Rastafarian subject matter. He was born Miguel Collins on in St Mary and was raised in the community of by devout Rastafarian parents. The 1980's witnessed a dancehall explosion, and with the music came the lifestyle. Sizzla watched carefully and began collecting his lyrical ammunition. He began his career in the Caveman Hi-Fi Sound System, where he first made a name for himself as a performer. He cut his first single for the small Zagalou label in 1995, and soon moved on to Fattis Extermination Burrell. Extensive touring with fellow roots and culture artist Luciano followed, earning Sizzla critical acclaim. Working with Fattis marked an important turning point for Sizzla. From the outset their relationship was one of mutual respect and inspiration. A run of successful singles led to the release ofSizzla's debut album, Burning Up . The alliance again proved fruitful a year later with the follow-up, Priase Ye Jah Jet Star. Securing his position as a top conscious reggae artist, he set about cultivating his role as a spiritual messenger. Sizzla's combination of Rasta principles and up-to-the minute dancehall rhythms made his hard line approach more palatable. 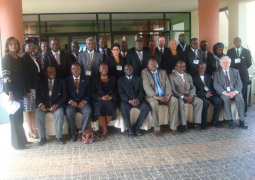 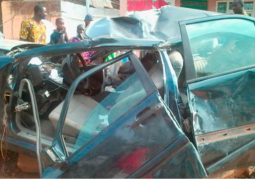