The conference, the fifteenth of its kind since its establishment in April 1993, attracted over 500 Muslims from different walks of life.

In his the opening remarks on the occasion,  the association’s coordinator Ustass Yahya M. Jallow spoke at length on the aims and objectives of the association, saying it is out to enlighten students and Muslims on Islamic issues as well as to foster unity and understanding among students.

Ustass Jallow highlighted some of the achievements and constraints of the association, calling on the community and its direct beneficiaries.

For his part, the guest speaker Imam Ustass Alhaiba Hydara of Brikama talked on the importance of Tawhid, good behaviour of a Muslim and modesty, while Sheikh Ebrima Jarju of Tallinding Islamic Institute talked on Islamic culture in naming ceremonies in the country, Iddah and Ramadan.

Other speakers on the occasion included the General Manager of NACCUG, Babucarr Jeng, the former head of the association Baba Kujabi and the Police Commissioner and Administrator Abdoulie Sanyang, who advised the gathering to maintain peace at all times. 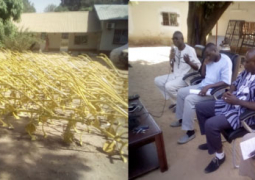 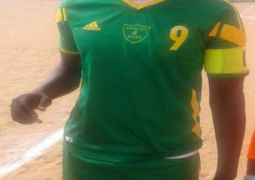