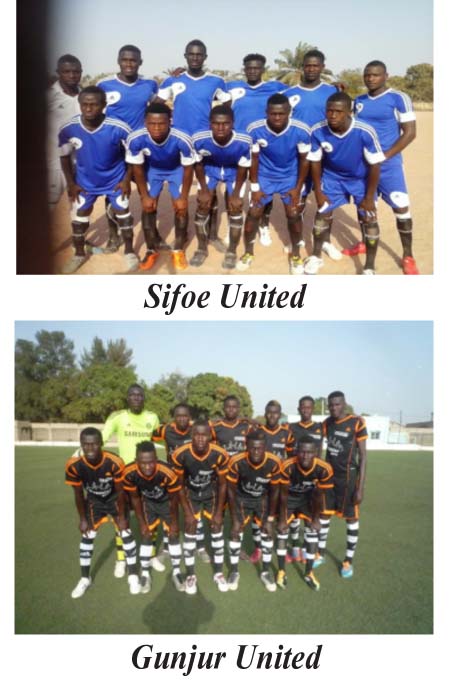 Sifoe United and Gunjur United have snatched victories in the 2015-2016 West Coast Regional third division league after beating KGH Sports Football Academy and Busumbala in the week-two fixtures played at the weekend.

Sifoe United thumped KGH Sports Football Academy 2-0 at the late Sanna Jatta Memorial Football Field in Lamin on Saturday to secure their first win in the West Coast Regional third tier after their goalless draw with the newly-promoted side Greater Tomorrow in their opening league match at the Sifoe Football Field.

Gunjur beat Busumbala 1-0 at the Busumbala Football Field to grab their first win in the West Coast Regional third division with a game in hand against Kombo Kerewan.

Sifoe United now with 4 points in two league games after grabbing one victory and one draw in their two opening league matches.

Gunjur United are with maximum 3 points in one league game after their 1-0 win away over Busumbala at the Busumbala Football Field at the weekend with a game in hand against KomboKerewan.

But KGH have played two games and lost both, while Busumbala have played one game and lost to Gunjur United, with a game in hand against Fortune
Previous:
KM Regional 3rd division league kick-starts
Next:
Youth Forum: NYP Speaker message to youth to register, vote