Sheikh Sidia Bayo, the Gambian dissident who earlier this year was expelled from Senegal for his alleged complicity in the attempt to destablise the Government of The Gambia, has once again made an unsuccessful attempt to return to Senegal.

According to online DakarFlash News, quoting Liberation newspaper in Dakar, Mr Bayo was refused entry to Senegal on Friday, December 11, when he arrived at the Leopold Sedar Senghor Airport in Dakar by a Corsair flight from Paris.

It would be recalled that Mr Bayo, a France-born Gambian political dissident, who had been a frequent visitor to Senegal, was accused by the Senegalese authorities of complicity in the failed attempt to overthrow the government of President Yahya Jammeh in December 2014 and after a few days detention at the Dakar Central Police Station, he was expelled to France in January 2015.

Previous:
The 2016 Budget: NAMs must monitor its implementation
Next:
We should spend what is budgeted: Upper Nuimi NAM

In treason trial: Africell's IT and Billing Manager testifies 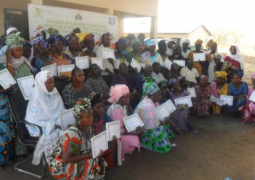