Young People in the Media (YPM) with technical and financial support from UNICEF recently conducted a community engagement and mentoring activity within communities and schools in URR & CRR that have the highest prevalence of children who are school dropouts.

The campaign dubbed “Every child in School” was spearheaded by YPM in partnership with the Ministry of Basic and Secondary Education (MoBSE) through its Regional Education Directorate in Central River Region (CRR) and Upper River Region (URR).

The initiative was geared towards outlining a roadmap through the implementation of community sensitizations program that will help create the enabling environment for school going children.

The activities include an after-school mentoring program for Grade 9 dropouts, radio sessions for parents on the importance of education, community engagement and mentoring activities with schools.

These activities were implemented in selected communities in CRR and URR to encourage parents to send their children to school and to understand the importance of education.

Abdou Jatta, Executive Coordinator of Young People in the Media, (YPM), noted that schools and community dialogues were conducted  with actors such as mothers clubs, school management committees, chiefs, educational directorate officials, governors as well as with parents and students.

According to him, all these efforts were intended to help them appreciate the role of education in community and national development, as well as to raise awareness on how to stop the tide of ‘backway migration’.

He said child protection and safety issues were also addressed.

Jatta highlighted that the messages were carefully selected and delivered through public engagements at community level, mentoring sessions with students and radio programs targeting the public.

UNICEF Education Specialist, Nuha Jatta, said in 2013, an out-of-school study conducted in two regions of The Gambia (Central River and Upper River Regions) reported that up to about 50 per cent of school-aged children were out of school.

This, he noted, was alarming and worrisome.

MrJatta promised that UNICEF would not rest until the last child is in school and is learning. He commended YPM for the great initiative and good partnership.

Deputy Governor of URR, Cherno Barra Touray, expressed delight in receiving the team and assured them of his support.

He lamented that URR as one of the regions in the country that has the highest rate of young people that fled the country through illegal migration.

He expressed joy in seeing young people taking the lead to directly talk to their peers.

“This will definitely help in the process,” he added.

He emphasised the importance of education and how to prevent school dropout would really help children be more serious in school and parents to retain their children in schools.

He thanked YPM on the level of courage and determination exhibited by the team to carry out such project.

Aja Na Hoja Sawaneh, highlighted some of the reason why Garawol community has a very high rate of dropout of school children, citing   ignorance as a major cause and depending on children to perform domestic chores.

Malang Saibou Camara, Deputy Governor of CRR, attested that CRR has the lowest enrolment rate of children and therefore, it was a collective responsibility to help solve the issue.

He also highlighted some problems facing the communities in terms of education, laying emphasis on religion as most of these communities are religious communities, especially Fass and BarraJally who find little or no interest in formal education and therefore becomes difficult to convince them to send their children to school.

He thanked UNICEF and YPM for taking the interest of children as a priority.

The sessions also brought out illegal migration as a factor contributing to dropouts in their communities.

The sessions concluded with strong messages on the need for children to be educated and have quality education needed to become a good citizen in the future.

This would contribute immensely to help himself, his parents and by extension the country as a whole.

The imam and district chief of Garawol and Bajakunda hailed the efforts of UNICEF and YPM for such a laudable initiative. 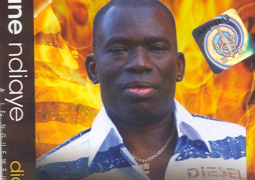