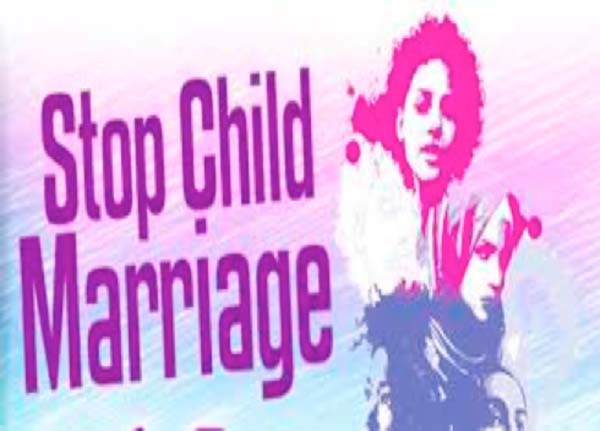 The Day of the African Child was set aside by the African Union after the uprising in Soweto when a protest by vulnerable children in South Africa was held against the Apartheid education system, resulting in the mass killing by the police.

The day was recently celebrated in the country at Mansakonko in Soma LRR, on the theme: “25 years after the adoption of the African Charter on the rights and welfare of the children, accelerating our collective efforts in ending child marriage in Africa.”

Child marriage is still a menace in The Gambia, as the practice of marrying girls under 18 years to older men continues, particularly in the rural areas. Ending this practice against children, stakeholders say, should be a collective effort as every player has a role to play.

In the homes, the girl-child lives with a family, either the mother and father and other relatives or with one of the parents. It is the responsibility of that parent or guardian to protect this girl-child in her custody from being married off at childhood.

The community, villages and towns where these girls live also have a duty to protect them from child marriage. The men who marry these girls are matured enough to tell a child from an adult, so the community should be able to act on such cases.

During the celebration marking the Day of the African Child at Soma in LRR, Fatou Ceesay, a native of Kiang as a survivor of child marriage had this to say: “My name is Fatou Ceesay. I am 22 years old. I was married off at the age of 16 to a man from Casamance. The marriage brought nothing but pain to me. All my pregnancies were aborted. The marriage left me abnormal. I am not the same as normal people.”

Looking at the way she walked to the stage, with one of her legs suffering as a result of her marriage ordeal, taking the mic in her shaky hands, her eyes shaking in her head from one corner of the hall to the other; her voice shaking and struggling to get the words out, everyone in the hall was cold, as we tried to held back our tears; because tears will not help this poor frightened girl who has seen terror, lived a terrible life, which has broken her down and left her abnormal.

The question is: “Does it worth it?” What is the gain in marrying your girl-child to face her death, knowing fully well that medical experts or mid-wives have repeatedly said that labour is not a child’s play and being in the labour room is a difficult experience in life.

We have seen lots of children who are pregnant, and have to go through Caesarian section to deliver the baby. We have also seen children dying a maternal death. And in some cases, both the mother and her baby will die.

In Fatou Ceesay’s case, her family is responsible for the predicament that befell their child. The community or the village was also responsible for her being married off as a child, because they could have prevented it from happening; and now that the marriage has left her in an abnormal state, she was left alone with no support, and it has left her disabled.

Child marriage is like torturing someone to death. In this case, she saw death, because she has not known how sweet life could be, since she is only faced with the bitter side of it.

She was not even given a chance to feel the joy of welcoming a baby; the joy of motherhood, and of being a wife at a matured age. Her childhood has been stolen away by the same people that needed to protect her.

Who will children, especially the girl-child, trust or confide in now?

The UNICEF MICS survey indicated that almost 9 per cent are married before the age of 15 and that 46.5 per cent before 18, with rural girls being most prone to the practice.

Child marriage has been reported in all rural communities in The Gambia with girls at the age of 11 and 12 given away to older persons against their will.

It is evident that child marriage leads to the phenomenon of adolescent pregnancy. Girls who are pregnant before the age 15 have double risk of maternal death and obstetric fistula.

After 25 years since the adoption of the ACRWC and near-universal ratification of the charter by African states, child marriage remains a reality for millions of girls across Africa.

It is a huge obstacle to the attainment of the MDGs, which ends this year and unless something is done to accelerate the abandonment of child marriage, it will remain a huge obstacle to attaining the Sustainable Development Goals (SDGs).

More girls and young women in Africa and in The Gambia still run a great risk of encountering the many consequences associated with child marriage, one of which is teenage pregnancy.

Child marriage is a menace and a bad practice against innocent children. Poverty is not enough for one to send your girl-child off to her grave, because the end result of child marriage is death. A child that needs her parents to take care of her cannot possibly be a parent to a child, because she is still a child herself.

Let’s educate our girl children for a better today and the future. To build a better Gambia we need both boys and girls to be educated and treated equally at all times. 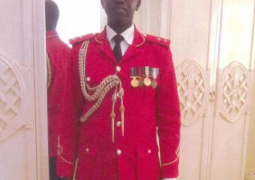