Mr. Sanneh is charged with giving false information to a public officer, a charge he denied.

Matarr Badjie, in his testimony told the court that during the farming season in 2008, they harvested 49 bags of rice and 10 bags of coos.

He said he then sent somebody to the accused, Karafa Sanneh, asking him to collect the produced for onward delivery to President Jammeh. He said the messenger came back to tell them that Mr. Sanneh said "The President doesn't want your coos and rice." He said this was in the presence of three other people namely, Karafa Colley, Abdul Manneh and Samsideen Jatta.

Mr Badjie said he personally confronted the accused, who continued to insist that he was not going to receive the items on behalf of the President. To his surprise, he further testified, the items were subsequently taken to the President who accepted them.

Testifying under cross-examination recently, Matarr Badjie told the court that he became the alkalo of Seyone village in 2008.

When quizzed by defence counsel Buba Jawo about who was the alkalo of the village at the time of the alleged offence, he said "it was my elder brother, Fabakary Badjie."

Asked who actually appointed him as the alkalo of the village, Mr. Badjie said it was the villagers with the approval of the chief of the district.

On how he got to know that the chief had confirmed his appointment, he said, "the chief said so."

Further quizzed by defence counsel Lamin Jobarteh on whether he did receive any letter of appointment from the Governor, Permanent Secretary or Ministry for Local Government, to confirm his appointment as the alkalo of Seyone village, Mr Badjie replied in the negative. 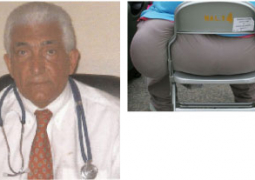