The was recently crowned champions of the third edition of the Inter-Lower Basic School U-13 football competition after defeating by 3-2 in the final.

Amadou Bah, Omar Baldeh and Lassana Trawally scored the goals of in the 14th, 39th and 44th minutes in Thursday’s show.

The goals of were scored by Amadou Barrow and Abdoulie Jambang in the 21st and 49th minutes of the game played at the Serrekunda East Mini-stadium.

Each of the four Schools was presented with individual medals, football and kits. The coaches of all the four schools also received sports watches.

Modou Bah scored both goals for in the 30th and 45th minutes of the game.

The tournament was organised by Musa Mendy, who is in charge of sport within the Ministry of Education, and sponsored by Bob Jones from .

Musa Mendy, speaking shortly after the final, described the event as successful, noting that two players who took part in the first edition held in Bakau are now with the Gambia Under-17 team while others are playing in the Brikama nawetaan.

He says their aim is to replicate the tournament in the other regions of the country as their ultimate objective is to develop Gambian sports.

He commended Serrekunda East Sports Development Organisation (SESDO) for allowing them to play the final for the second time at the park. 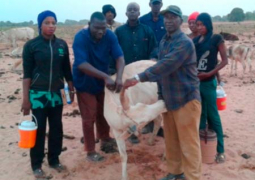 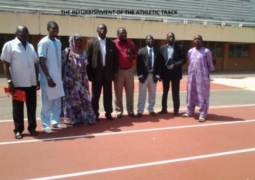