Foreign Minister Niang told reporters after meeting the Gambian leader that he is in Banjul to deliver a message from President Abdoulaye Wade.

Niang also disclosed that plans to improve relations in the social sector, especially in the areas of education and health are in the pipeline, while renewing the interest of the two leaders to protect the bond binding the people of the two countries.

The content of Maitre Wade's message to Jammeh was not disclosed by the Senegalese envoy.

However, observers note that Niang's visit comes at a time of reports that members of the Senegalese motor drivers' union have been blocking inter-state vehicular movement across the common border, as a way of expressing their grievances. 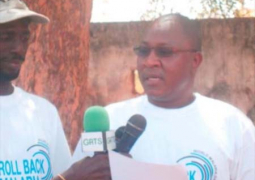 OPINION: Orbiting through Gambia Tourism: In Search of the Milestones in Tourism