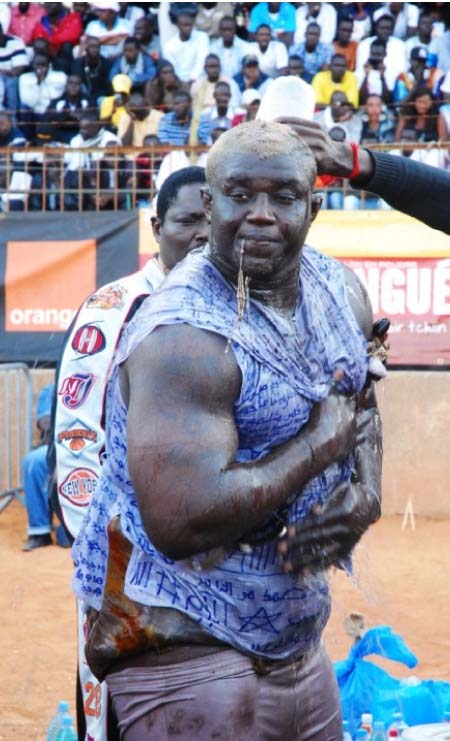 The reigning king of the wrestling arena, Balla Gaye II, is due in Banjul this morning at the invitation of the Balla Gaye Fans Club Gambia chapter, the club’s spokesman Assan Gaye told The Point yesterday.

This is his first visit since he threw his recent challenger Tafa Tine in a highly-charged contest that confirmed him as the supreme commander of the wrestling arena in Senegambia.

"Balla promised us that he will come to The Gambia specially for us after the Tafa Tine combat, and he is here in fulfillment of that promise. He had always said he appreciates The Gambia-based fans, who travel to support him in Dakar whenever he has a combat," Assan Gaye said.

His arrival this morning would be greeted by a big fanfare as crowds head to the Banjul ferry terminal to escort his convoy to Paradise Suites Hotel, where he would stay and to appear as guest of honour at a night concert on Saturday in the Pencha-bi Hall.

"The concert will be the peak of the visit when he joins his bosom friend kora Kingpin Jaliba Kuyate and a host of Gambian Senegalese artists including big surprise names for whole night of musical jamboree," Assan Gaye announced.

The next day, Balla Gaye II will be at the Manjai Football field for an afternoon jump with the musicians.

The champion wrestler is perhaps the single most popular sportsman in Senegambia, and like Chinua Achebe’s legendary Things Fall Apart character Okonkwo, Balla’s fame rests on solid personal achievement ever since he threw and dethroned former wrestling champion Yahya Yekini Diop, whose back had never touched the earth for more than twelve combats.

Balla’s connection with The Gambia got a further boost when he married a Gambian beauty, Helen Maroun.

Gambia to Host U-15 Cricket Tournament