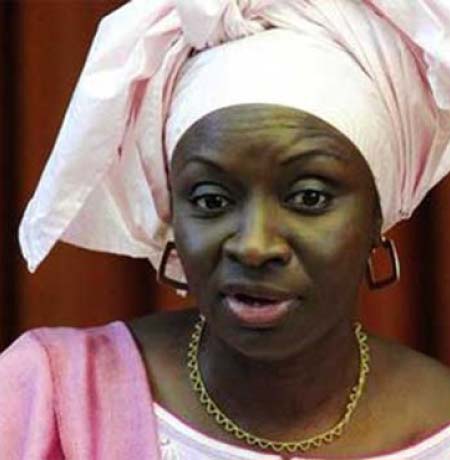 Senegalese Prime Minister Aminata Toure is due in Banjul on Monday 17th February 2014 as one of the special guests invited to grace the country’s 49th independence anniversary, official sources have told The Point.

Madam Toure, according to our sources, will be accompanied by a high-ranking government delegation including three cabinet ministers namely, Abdoulaye Balde, Minister of Planning, Khoudia Mbaye, Minister of Housing Estate and Momodou Tall, Minister of Training and Craft.

Political analyst are of the view that the Senegalese Prime Minister’s visit is timely as it comes on the heels of a continued border crisis between The Gambia and Senegal, resulting to the non crossing of commercial vehicles from both countries into each other’s territory.

Sources also revealed that, among others, the Senegalese Prime Minister’s visit will avail her the opportunity to hold bilateral talks with the Gambian authorities and the issue of the border will be top on the agenda for discussion.

‘Governance key to survival of every Govt.’