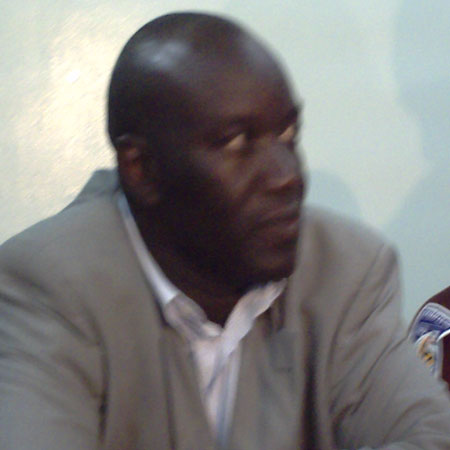 The Gambia national football team is one of the best teams in this 2010 African and wold cup qualification round according to Lamine N'diaye the Senegalese coach.


"The Gambian national team is playing like a divisional club because it's formed by players who had the chance to play together since been juniors in the African and World Cup Championships two years ago. And it's almost the same team that will be performing on the 11 of October in Dakar for the return leg.

"It is no more The Gambia of twenty (20) years ago that is coming to Dakar; to be defeated and go back. They need to win because they never reach this stage of the tournament", he declare in an interview recently with the RTS National TV.
The Senegalese team being at the third place of the group of six with 8 points (+2) behind Algeria (9 points) and the Gambia with 8 points (+3) also need to win the match in order to qualify.

He declared that his boys are well motivated for a 90-minute match to avoid disgracing the Senegalese football fans, who will not digest a defeat.

He revealed that even the former captain and midfielder Kalilou Fadiga is recalled to consolidate the ambiance of the team like in the old good time of 2002.
Mr N'diaye concluded that he is counting highly on his group since they are conscious of what they should do since the defeat in Algeria.

"Senegal and the Gambia are two brotherly countries with a bloodily relation between the people and the challenge of the game will not destroy their relationship. It's a football match and will remain that. It should be played with discipline and when the best team wins, the Senegalese and the Gambian people will be behind the winner to push him forward like when the Senegalese victories during the wold cup 2002 were celebrated in the Gambia.
The Senegalese authorities; like the Gambians who have well played their part in terms of public security in the first leg have not the right to fail to secure the Gambians to play and go back home in peace and safety according to CAF and FIFA conventions.

Violence against women and girls still exists in The Gambia - FLAG