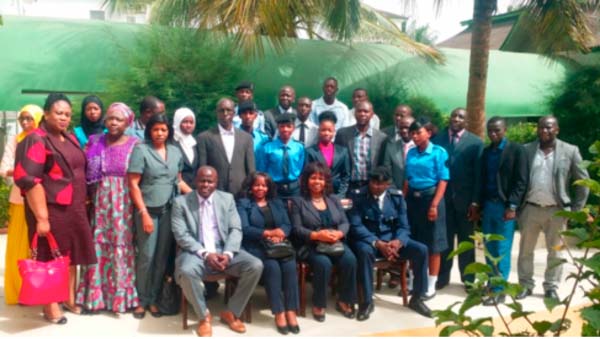 The two-day seminar was organised to widen people’s understanding on the PCT system, especially the electronic PCT system which was conducted online

In cooperation with member states, she assured that they would continue to analyze and reflect on how to adopt the IP system to ensure that it works for the common good.

She hoped the seminar would focus on how individuals and institutions in developing countries could best utilise the international patent system in general and the patent cooperation treaty in particular.

Also speaking at the seminar, the Solicitor General and Legal Secretary, Chernor Marenah, announced that the Ministry of Justice attached great importance to the advancement and development of intellectual property in The Gambia.

Mr Marenah pointed out that the PCT system is also a premier system for filing patents worldwide so as to facilitate the filing, searching, examination and publication of patent application for everyone around the world.

Momodou E. Bah, representing the Inspector General of Police, said section 43 of the Intellectual Property Act that deals with impeachment.

“As police officers it is our duty to preserve that law to protect the lives and works of citizens as well as all other individuals living in the country; it is a duty to detect and apprehend offenders,” he revealed.

He urged all officers in the country to work in consultation with the Ministry of Justice to enforce relevant  laws so as to enforce all laws and regulations as well as the protocols and conventions signed by The Gambia as far as the international intellectual law is concerned.