Both sides came into the game single points with the intention of bagging the maximum points and moving away from relegation as well keeping their hopes of gaining promotion to the topflight next season.

Seaview’s goal opened the score through Julaba Suwareh in the 77th minute of the game to give his side the lead, which eventually proved to be the winner for the hotel boys.

Latrikunda United fought back for an equaliser but could not break through Seaview’s solid defence line thus the game ended 1-0 in favour of Seaview.

Seaview, Serrekunda East, Gunjur United have all collected 4 points, but Serrekunda East and Seaview both played two games with a game in hand, while Latrikunda United are still struggling on the table with a point in three games. 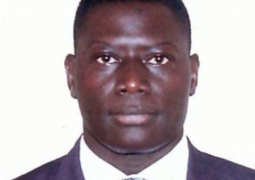