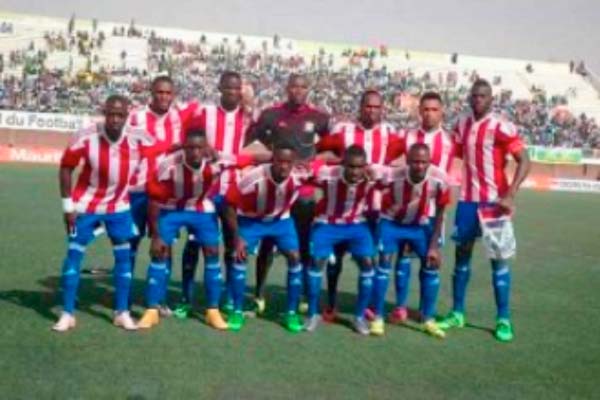 The Scorpions of the Gambia aim to build on their disappointing defeat away to Morocco, when they travel to Central Africa Republic for their final international friendly match in Bangui, on Monday.

The North African side defeated Gambia 2-1 in an action packed game.

Thursday was another disappointing moment for the stingless Scorpions fans, who expected nothing less than a landslide victory against a lowly-rated Moroccan team who featured only the home-based team to that of Gambia’s professionals.

Despite putting up a team dominated by some of the country’s most established talents such as Babucarr Trawally, of Yanbian Fude, in the Chinese super league, and Leeds United’s pacy winger Modou Barrow, the Scorpions continued to struggle for the better part of the game, hitting the woodwork in a frustrating evening at the Kenetra’s Municipal stadium in Rabat.

Striker Mustapha Carayol, 29, who plies his trade in the English championship side Nothingham Forest, scored Gambia’s only goal from a penalty spot.

The goal is Carayol’s second international strike following his brilliant solo effort in their game against Mauritania last year.

The defeat was part of a series of embarrassing results for the Scorpions which saw them drop down to 179 places in the latest Fifa world Coca-Cola rankings, 71 places behind Central African Republic who sit at 108th place in the latest rankings released earlier this month.

However, Sang and his charges still have a chance to build a formidable team ahead of the commencement of the Caf Orange Africa Cup of Nations qualifiers.

The Gambia are scheduled to begin their qualifier campaign at home to Benin, in Port Novo, in June 2017.

Coach Sang Ndong’s men are pitted in group D of the qualifiers alongside Benin, Togo and Algeria, in the race to secure qualification to the 32nd edition of the tournament which will take place in Cameroon in 2019.