No fewer than thirty schoolchildren, school caretakers and teachers drawn from different schools within Region Five (R5), CRR, recently conveyed a one-day sensitization on the establishment and strengthening of Environmental Green Clubs in schools.

Held at the Regional Education Conference Hall in Janjanbureh town, CRR south, the programme was organised by the Forestry Department and supported by the United Nations Development Programme (UNDP) in Banjul.

Speaking on behalf of the Regional Education Director for R5, Amat Bah, senior education officer for R5, said the Ministry of Basic and Secondary Education (MoBSE) recognises the significance of the environment hence the development of environmental studies curriculum for schools as well as its support for the formation of environmental clubs in schools across the country to ensure the environment is protected and conserved for future generations.

The establishment of green clubs in schools, he noted, is a step in the right direction, thus the need to improve the school environmental system across the country.

Declaring the forum officially opened on behalf of the Governor, Wassabo Darboe underscored the significance of the session.

"Environment has become an area of major socio-political focus during the past forty years, adding that due to deforestation, environmental pollution, greenhouse gas emission and other related health hazards; environmental and social spheres of life seemed to be completely separated and only few researchers tried to bridge the gap in studies of people’s interaction with the physical environment by both anthropologists and production scientists including the forestry and agricultural scientists," he said.

Mr Darboe said the formation of environmental green clubs in Gambian schools is another move to bring people closer to the environment.

He noted that one third of the earth’s land mass and 1.6 billion people depend on forest for their livelihoods.

Forest feed rivers, which are essential to supplying water needed for nearly 50% of the world’s largest cities, thus assist to regulate the often devastating impact of storms and floods.

The solution as proposed by the United Nations Programme Reducing Emissions from Deforestation and Degradation is to put a monetary value on forests and their ability to store carbon.

For his part, Mustapha Drammeh, programme coordinator, spoke at length on the importance of the forum, adding that the programme seeks to improve the school environmental system.

According to him, the Government of The Gambia has acquired funding from the UNDP to support the environment and energy sectors.

He says the programme also seeks to promote the use of alternative energy and energy efficient techniques in reducing energy consumption on fuel wood. "These clubs, with the support from forestry department and the Regional Education Directorate, would organize series of activities that would enhance people’s awareness on the importance of protecting and preserving the forest cover."

Giving the vote of thanks on behalf of the participants, Koring Kongira of Jahanka Lower Basic School assured the organizers that they would live up to expectations, as "this is an ongoing activity in our various schools within the region".

Environmental protection and preservation, according to her, is not only the responsibility of the NEA but the duty of all.

He commended the MoBSE and its development partners for their foresight in strengthening and establishing environmental green clubs in schools. 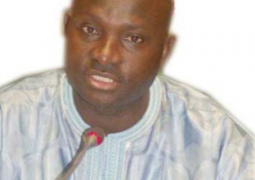