The development came following the reply filed by the state counsel, Lejunju Vitalisn, during yesterday’s proceedings in the case.

Justice Wowo and Lamin A.M.S. Jobarteh were arraigned on a thirteen-count indictment which included abuse of office, conspiracy to defeat Justice  and interference with witnesses, offences relating to Judicial proceeding, to giving false informing to a public officer, charges they denied.

In his reply, state counsel Lejunju Vitalisn stated that the accused persons are facing a 13-count charge, and in order to prove these charges the prosecution paraded eight witnesses and tendered several exhibits.

While on count 2, he submitted, the prosecution had called three witnesses to prove this charge, further submitting that there was evidence that the 1st accused was the President of the Gambia Court of Appeal, and for the 1st accused to attend that meeting was a breach of trust.

The prosecution had proven all required ingredients to establish a prima facie case, he said, adding that the evidence of PW2 and PW6 were not controverted.

He further submitted that the 1st and 2nd accused persons had a prior discussion over a pending matter before the Gambia Court of Appeal, and this prior meeting was a conspiracy to defeat justice.

The prosecution indicated that count 5 to 12 would be argued together, and he urged the court to hold that at the time the 1st accused sent a letter to the Director General of the NIA, he was not a Chief Justice, but addressed himself as “Chief Justice”, but was the President of the Gambia Court of Appeal, and he did not have the mandate to write to the DG NIA.

He added that Justice Agim lacked the mandate to appoint the 1st accused as acting-Chief Justice and, therefore, the prosecution had established the essential ingredient that warranted the 1st accused to enter into his defence.

He added that the defence woefully failed to discredit the evidence adduced by the prosecution witnesses.

“The prosecution has established a prima facie case against the accused persons, and the accused persons should explain why a meeting was held at the residence of the 2nd accused, and why it was attended by the 1st accused,” he said. 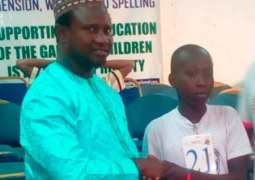 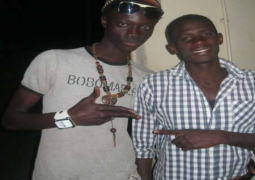