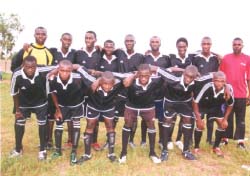 Preparations are in high gear for this year's Old Yundum Nawettan tournament final scheduled for 15 January 2011.

Savage FC will lock horns with Tali Bi FC in the finals of a keenly contested tournament that featured 16 teams within the area.

Speaking to Pointsports, Modou Cham, head coach of Savage FC, said preparations are in high gear with his team training very hard ahead of Saturday’s clash.

"We are all set and waiting for the finals and we will surely come out with victory," Cham said.

Tali Bi FC pose no threat to his club as they have been training very hard for the finals, he added.