Sang Ndong, Head Coach of the Division One giants, Hawks FC has been unanimously elected as the President of the Serrekunda West Sports Committee at Saturday's congress held at the premises of Kanifing Municipal Council.

Sang was elected by clubs' representatives after serving 10 months in the position as the interim President.

Peter Bonu Johnson who was also part of the interim committee has also been elected to fill the position of the 1st Vice- President of the committee.

Alagie Drammeh is Auditor while Amat Cham who is currently out of town will take care of the Public Relation Affairs of the committee. 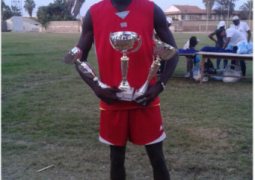