A man was recently arraigned before Magistrate Drammeh of the Kanifing Magistrates’ Court, charged with threatening violence.

Buba Conteh pleaded not guilty of the charge and was granted bail of D20,000 with two Gambian sureties who must deposit their biometric ID cards.

According to the charge sheet, on 17 April 2011, at Bakau Newtown, in the , the accused, Buba Conteh, with intent to intimidate, insulted or annoyed one Teneng Conteh by threatening to kill her if she “does not mind”.

In a separate charge sheet, the accused, Buba Conteh, on 30 March 2011, at Bakau Newtown, was alleged to have intended to intimidate or annoy his mother, one Binta Saidy, with a knife he was holding at the time.

The accused, Buba Conteh, was granted bail of D30, 000 with two Gambian sureties who must deposit their biometric ID Cards. 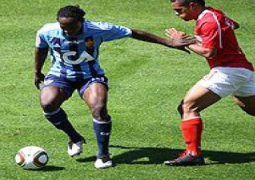