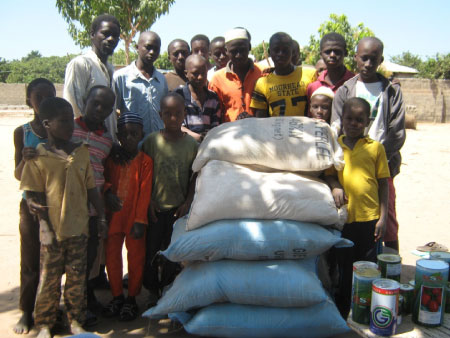 Speaking at the handing over ceremony, the WAAPP’s Procurement Officer, SAM Sideen, explained that WAAPPP aims to strengthen the Gambian farmers in terms of boosting their agricultural productivity.

He added that the project is funded by the World Bank and the Spanish Government at a tune of US$12Million.

While highlighting some of the successes that the project has registered since its inception, he said, what the entire project needed is sustainability for a long-term impact.

For his part, the Project Coordinator of WAAPP, Sheikh Tijan Sosseh, also made similar remarks.

Mr. Sosseh expressed hope that with the WAAPP intervention the school would be able to address their feeding challenges, as he urged the beneficiaries to ensure the proper use of the donated items.

Ebrima Touray, senior teachers of the school, who expressed delight at the gesture, said the school has long been looking for such assistance.

The school is currently accommodating more than one hundred students, including both male and female, with the aim of learning and memorising the Holly Quran.

For her part, Tabara Secka, a female teacher at the school also expressed similar sentiments and then assured WAAPP that the items would be put to good use.