Only few football followers would be surprised to hear the news of Saikou Conteh's promotion to the country's top flight football at Steve Biko football club.

The Gambian young prodigy is, no doubt, one of the brightest prospects in the country's football at the youth level, and the Bakau giant killers wasted no time in opening its door to such an incredible talent.

The 15-year-old Conteh was both the head and the heart of ZUWA FC's team, a newly established Nawettan team in Bakau that played the finest attacking football in the just-ended summer championship in Bakau.

Conteh's magnificent showing during last year's Nawettan was rewarded with a big move to Steve Biko, which have adopted the culture of recruiting and exporting the country's finest talents over the years.

There is no secret in Conteh's outstanding contributions coupled with his individual brilliance that gives even some well-established defenders in Bakau's tough moments.

Saikou was at the centre of fans' attraction throughout last year's Nawettan football season as a result of his fantastic dribbling skills and accurate passes, among other qualities.

Conteh, a native of Banjulinding village in the Kombo North district, began his career with GIFTS , at a tender age.

While at the academy, Conteh quickly established himself into becoming a prominent figure and a youngster. That paved the way for the 15-year-old, who became a creative midfield maestro, to join Bakau's giant killers Steve Biko, despite interest from a host of top first division teams like Hawks and Africell Sait Matty.

Conteh, a key figure with the Banjulinding village team that finished in third place during the district football tournament a few years ago, was among few players from the Bakau Newtown team that had an impressive run of form in the just-concluded knockout tournament.

He had helped ZUWA FC to reach their first-ever competitive final in their debut, following strings of impressive performances in the campaign.

He was also an integral part of the ZUWA team that underwent an intensive and tough qualifying campaign, prior to the team’s promotion to the Nawettan proper.

Conteh, who has set his sights firmly on making his much-anticipated debut for Steve Biko this season, scored four out of the 11goals for ZUWA, since he opted to join them in the early part of the last Nawettan season.

My trip to USA was to meet party supporters - Shyngle Nyassi 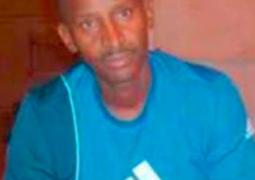