Manlafi Sanyang, ex-Superintendent and former Government Vehicles Controller at State House, has had new charges preferred against him even as the ongoing case against him and two others still rages on. Mr Sanyang on Wednesday vehemently denied charges of abuse of office and stealing cash amount of D75, 000.00 when it was read to him before Magistrate Kayode of the Banjul Magistrates court.

On the charge of abuse of office, the particulars of offence stated that sometime in June 2002 the accused, being employed in the public service as Government Vehicles Controller, in abuse of his office stole a motor vehicle BJL 4591A, being state property.

On the charge of stealing, the accused was accused of stealing the sum of D75, 000.00 (Seventy-five thousand dalasis) being the proceeds realised from the sale of the vehicle BJL 4591 A, being state property.

He was granted court bail in the sum D200, 000.00 with two sureties who had to be in gainful employment and resident in The Gambia.

Hearing was thereafter adjourned to . 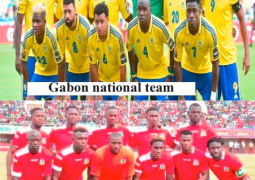