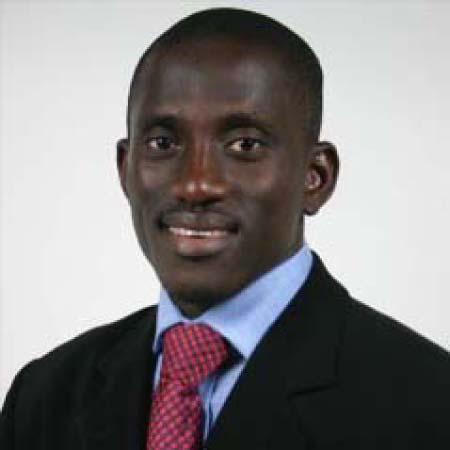 The former Secretary General and Minister for Presidential Affairs, Momodou Sabally, facing multiple charges ranging from economic crimes, to abuse of office, negligence and giving false information, is today expected to enter into his defence before Justice Amadi of the Special Criminal Court in Banjul.

This has come after the prosecution announced the closure of their case.

The prosecution made the pronouncement after senior defence counsel Antouman Gaye ended his cross-examination of the tenth and last prosecution witness, Alassan Ndoye.

“I put it to you that your intention was not to sell the vehicles, but to give them as donation,” said counsel.

“The vehicles were for sale,” replied Ndoye.

“Have you demanded for the return of the vehicles?” counsel asked.

“No, I did not demand for it, because I am waiting for my money,” said the witness.

“The evidence before the court is that you don’t have any contract with anyone, including the accused.”

However, Justice Amadi refused to entertain that statement, saying counsel should put a question directly to the witness without referring to the evidence on record.

“I will ask another question,” said counsel.

“When you were in The Gambia you went to see the Senegalese Ambassador to The Gambia,” asked counsel.

“You went to see him about the vehicles.”

“The ambassador told you that there is nothing they could do about it, because when you were coming to The Gambia with the vehicles you did not let them know.”

“The ambassador told me that this was the third time someone has been ripped off by the Government of The Gambia,” said the witness.

“Are you sure that was what the ambassador told you?” Justice Amadi asked the witness.

“I am telling you that this is one of the lies you told the court,” said counsel.

DPP objected on the grounds that the ambassador is the only one that could verify the statement.

Justice Amadi asked him to allow the witness to answer.

“Everything I said in this court is the truth,” declared the witness.

“Will you be surprised that PW1 told the court that there was no day that they discussed the price of the vehicles with the accused?”

“Yes, I will be surprised.”

“I put it to you that you never asked the accused persons when you will have your money.”

“I asked him, and he said next week.”

“I put it to you that the accused never asked you to come back whether next week or any other day.”

“The accused told me to come next week.”

“Do you have any written contract with the accused for the sale of the vehicles?”

“Yes, there was a contract, but it was not filled up by anyone, and that was the exhibit tendered in court.”

“I put it to you that exhibit P7 and P8 are worthless and useless.”

“The two exhibits are important, because if I have been paid my money I will give them the title.”

“I put it to you that you are not entitled to any money from anyone, particularly the accused.”

“The accused owes me something, and I have seen the vehicles in the President’s convoy,” said the witness.

“Are you also a US and Senegalese citizen?” counsel asked.

“Have you engaged the services of a legal counsel in The Gambia, US or Senegal to recover the vehicles or get you paid?”

“I put it to you that your intention of donating the vehicles was in anticipation of a project.”

“The vehicles you saw parked in State House or other places you mentioned were there because you donated the vehicles.”

“I did not give them as donation.”

“I put it to you that when the accused told you that government contracts are not given out like that, that was the time you turned around and said the vehicles were meant for sale and you started demanding money.”

“My hands are clean. I did not donate the vehicles.”

At that juncture, the DPP then announced the closure of the prosecution’s case.

However, Justice Amadi said the defence was given enough time to cross-examine all the prosecution witnesses, and he saw no reason why they should be given up to Monday to open their defence.

He, therefore, ruled that the accused would enter into their defence today, and they could stop at anytime convenient to them.