The Special Criminal Court in Banjul yesterday confirmed that they had received a letter from the Office of the President stating that President Yahya Jammeh had pardoned the former Secretary General, Momodou Sabally.

Momodou Sabally was indicted on an eight-count charge, which included economic crime, abuse of office, neglecting official duty and giving false information to a public servant.

The Special Criminal Court presided over by Justice Amadi had set 22 September 2015, as the date for judgment, but this was later deferred to 29 September 2015.

When the court clerk was approached about the judgment, she said “there will be no judgment on the case as we received a letter from State House that the accused was pardoned by the President.”

Sabally was first arraigned on 11 August 2014 before Justice Minkailu on a three-count charge of economic crime and abuse of office, which he denied.

Senior defence counsel Antouman Gaye filed a bail application before Justice Amadi of the Special Criminal Court in Banjul and was granted bail of D1.5 million on 25 November 2014.

During the trial, the prosecution led by the Director of Public Prosecution (DPP) Barkun, in trying to prove their case against the accused, called ten witnesses and tendered exhibits.

At the end of cross-examination of the tenth prosecution witness, Alassan Ndoye, the state announced closure of their case.

At the closure of the prosecution case, Sabally entered his defence and testified as a lone witness. 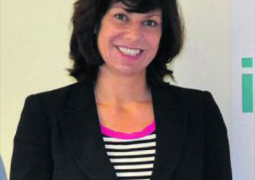