The Royal Victoria Teaching Hospital (RVTH) has been recently declared as a No Smoking Zone by the Secretary of State for Health and Social Welfare Dr Malick Njie.

In an interview with Health Matters yesterday the Public Relations Officer of the hospital, Mr. Babucarr Ngum, said the initiative of making RVTH a smoking free zone came from the Chief Medical Director of the hospital Dr Mariatou Jallow. He added that the hospital has realised the dangers associated with smoking and also as a health hazard noting that so many deaths in the hospital are due to smoking or related to smoking.

"This is why the Chief Medical Director came up with this initiative to preserve the health of the staff as well as patients," he said.

Mr. Ngum stated that over the years it has been realised that the conditions caused by smoking are terrible.

He pointed out that smoking is on the increase and as a result the main hospital and the other six units such as the main entrance of the hospital, Accident and Emergency unit, poly clinic, maternity, paediatric, the psychiatric unit of campama and the Sanitarium all has been declare as no smoking zones.

He revealed that six signboards depicting no smoking zones have been installed within the premises of the various units of the hospital.

PRO Ngum noted that the billboards were exclusively sponsored by the Banjul City Council through its Mayor Samba Faal at the tune of D21,000

He said since adoption of the new law, staff of the hospital are fully complying with the law and it has greatly helped the patients and it has even led some of the staff to quit smoking. "This is the first law of its kind for the management of the hospital have introduced and it is very effective," he added.

He has urged other hospitals and clinics to emulate RVTH 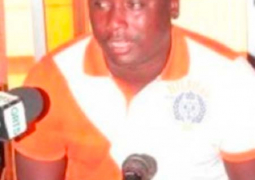