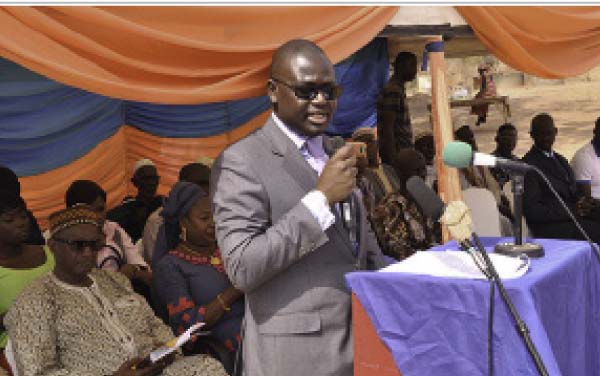 The ultra-modern kiosks recently launched in The Gambia by West Africa’s biggest ICT and mobile phone manufacturing company Rlg Communications will soon be replicated in Ghana.

The solar-powered kiosks will be equipped with state-of-the-art solar-charging stations and used as sales and repair points for all Rlg products, Rlg Gambia’s Executive Director Papa Yusupha Njie disclosed in Ghana, where he went recently on a two-day working visit.

Mr Njie, who made this disclosure to The General Telegraph newspaper of Ghana, said the creation of the solar-powered kiosks was just an extension of a job-creation strategy.

“We are tired of our young people crossing the Atlantic Ocean and getting killed for trying to get their families out of poverty,” he said.

“Africa must be innovative because we cannot allow the outside world to think for us and make it different from what we think we know.

“By God’s Grace, in Rlg’s desire to create more jobs, the solar-powered kiosks and chargers that are going to be used for Rlg and other devices will be in Ghana.”

Mr Njie added: “The good thing about being a group is that when ideas come, they first germinate in one country like how Rlg did in Ghana with the assembling plant, which came to Ghana first before it went to The Gambia and now Nigeria.

“Ghana and The Gambia are the same in so many different ways so at the end of the day, what is good for The Gambia should be good for Ghana.”

Mr Njie also hails public-private partnership as one of the strong forces for change in Africa, as governments alone cannot create all the jobs that Africa needs, so they must create an environment conducive for the private sector to play its part.

The time had come for Africa to be innovative and believe in itself that it could also make products that could compete with the western world, the Rlg Gambia executive director said, in the sense that Toyota of Japan did it with Toyopet and later its olive brand Lexus; the Samsung and other world brands of South Korea, that have catapulted that country to one of the leading economies of the world today, started just like Rlg.

“Give us the chance. We must promote what we own. Yes, we may make mistakes but tell us how we can do it better, rather than castigate us,” he appeals, saying: “We are saying pray for us but we are also saying promote us so that in the next few years we would all be proud of something that belongs to all of us, just as our motto says: ‘Proudly Yours’.”

The Rlg/Unique Solutions solar kiosks initiative is a public-private partnership between the Government of The Gambia, and Rlg Communications Group and Unique Solutions.

This is the same collaboration Toyota received from its government some years ago; ditto for South Korea and many other emerging economies and companies the world over.