According to DPS Jobarteh, any unqualified teacher in the teaching field without three passes in the West African Senior Secondary School Certificate Examination, WASSSCE, will not be considered for any teaching post at his Department. He said even if the teacher spent over fifteen years in the teaching profession, if he or she does not meet the required qualifications, he or she would not be considered. DPS Jobarteh said,  the requirement of three passes in WASSSCE for someone to become a teacher in his Department came into effect since 1999 adding that owing to teacher shortage across the Regions, the Regional Directors in all the Regions decided to appoint unqualified teachers to fill the gaps without considering qualifications.

"No matter the number of years an unqualified teacher serves in the field, if he or she did not meet the qualification criteria, he or she will lose his or her job", DPS Jobarteh stated. He said only those unqualified teachers with three passes and above in WASSSCE will be considered in his Department. He noted that a grade nine graduates cannot be a teacher, as he puts it, grade nine is just the completion of the Basic education. DPS Jobarteh also added that aggregate nine also cannot qualify someone as a teacher. Asked as to the number of unqualified teachers retrenched so far, PS Jobarteh said his office is yet to receive the number from all the Regions adding that all the Regions are on the screening exercise. 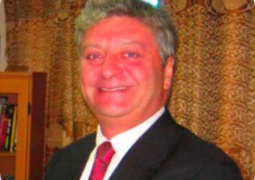