June 26th marked the International Day against Drug Abuse and Illicit Trafficking. It gave us the opportunity to reevaluate Drug Policy in West Africa, where the current realities of the illicit drug problem show that drugs are not just passing through to the burgeoning market in Europe, North America, and Asia, but also a growing local demand for consumption while production is increasing.

Prior to 2010, West Africa was not known for its methamphetamine production, only that drug couriers were frequently detected on flights between West Africa and Asia.

In a period of five years, from 2010 to 2015, we saw the large-scale production of 1.5 tonnes of methamphetamine annually.

Furthermore, drug trafficking in West Africa impacts negatively on governance, public health, security, and human rights as clearly stated in the 2014 report of the West Africa Commission on Drugs, Not Just in Transit: Drugs, State and Society in West Africa.

The report exposed the lucrative nature of the drug trade, so much so that high profile state and political officials have become active players in the trade. Related cases have been reported in Ghana, Guinea-Bissau, Guinea, Mali, Nigeria, Senegal, Liberia, and Sierra Leone. Hence, democratic institutions are under threat from corrupt practices fuelled by drug money.

The impact on public health also poses a challenge, especially among the younger demographic of people who inject drugs (PWID) in the region. Nigeria has the second largest number of people living with HIV and PWID contribute about 9% of annual new HIV infections.

In 2013, HIV prevalence among PWID in Liberia was3.9% and 4.2% in Benin in 2009. Unfortunately, Harm reduction services are non-existent except in Senegal which has a harm reduction centre that implements small-scale opioid substitution therapy and a needle and syringe program.

Despite these realities, counter-narcotic measures in the region have remained unchanged. According to Kofi Annan, the war on drugs in West Africa is misguided. There is an over emphasis on illicit crop eradication, supply control, and punitive measures.

For most countries in the region, successes are measured on the amount of seizures and number of drug offenders who have been arrested or prosecuted and June 26th is a day where several drug law enforcement agencies even showcase their arrests and seizures.

While we can’t discount all the meaningful efforts that have been put into securing borders to control the flow of illicit drugs and the prosecution of traffickers, it is time to place more emphasis on health, socioeconomic development, citizen security, good governance, human rights protection and access to justice.

We are calling for a balance and the prioritisation of development-oriented drug control policy.

The current West African war on drugs is also a war on people who use drugs. High-level traffickers often go unpunished whereas the small-scale peddlers and users are those who bear the brunt.

For example, 2014 data from Sierra Leone Police suggests that over 100 people were arrested for marijuana possession and use and many of them were given the maximum sentence of 10 years in prison under the National Drug Controlled Act, 2008.

The country has also witnessed cases of mentally ill young men and women who got imprisoned after been arrested on the streets and ghettos of Freetown for marijuana possession and use.

In Nigeria, young men and women who use drugs have reported how their human rights and access to health services have been violated by law enforcement agents through arbitrary arrest, as well as prolonged detention, extortion, and sexual assault.

These punitive and harmful measures have shown that it is nearly impossible for any country to arrest its way out of the drug problem.  Instead, there should be an investment on evidence-based drug prevention and treatment strategies, harm reduction and socioeconomic solutions for people who use drugs.

As West Africa becomes a hub for drug production and consumption, there will also be a need for corresponding changes in drug policies across the region which reflect these realities.

What is most important is to focus on what works, and encourage open discussions on drug policy reform across the region.

More so, we are counting on political leaders to be courageous enough to make the necessary policy change.

Over 30 youths counseled on entrepreneurship 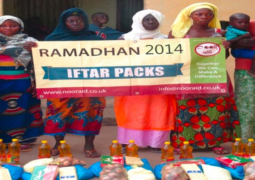